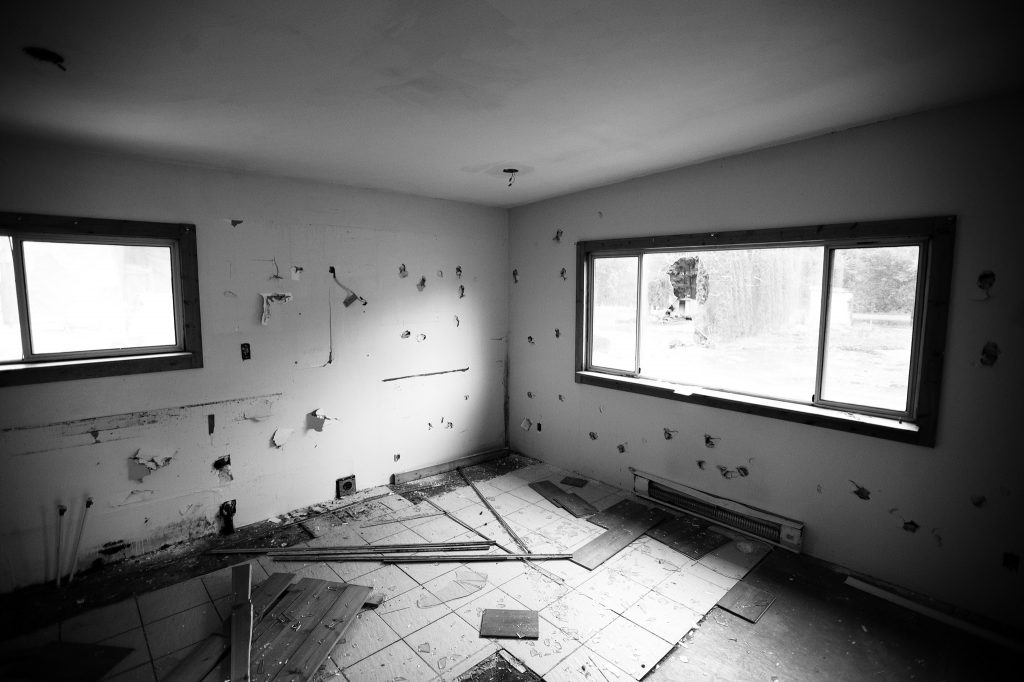 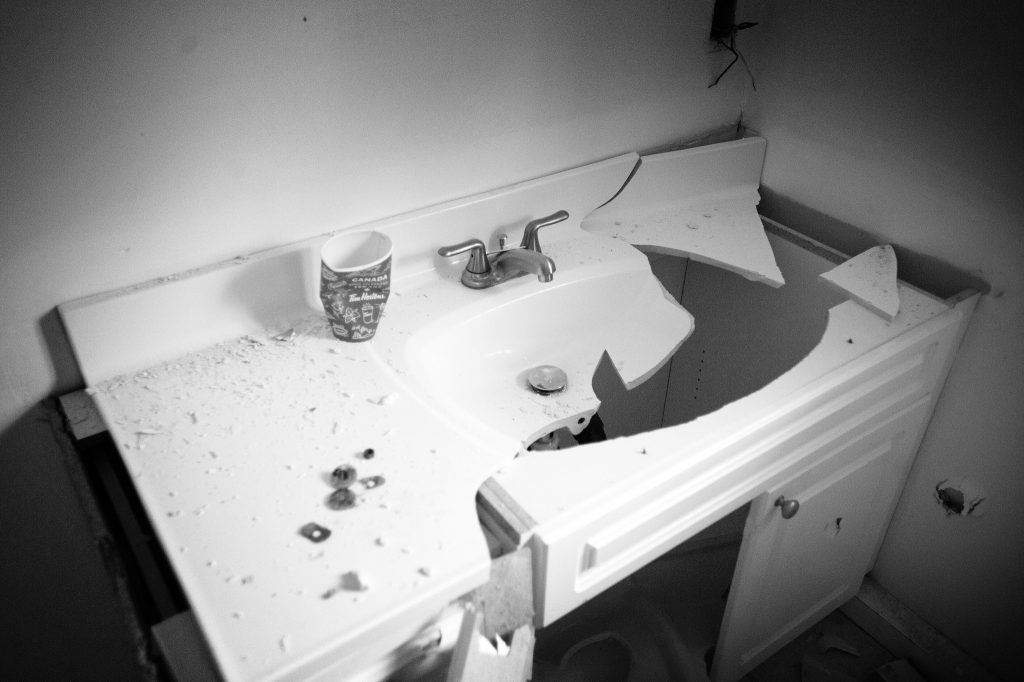 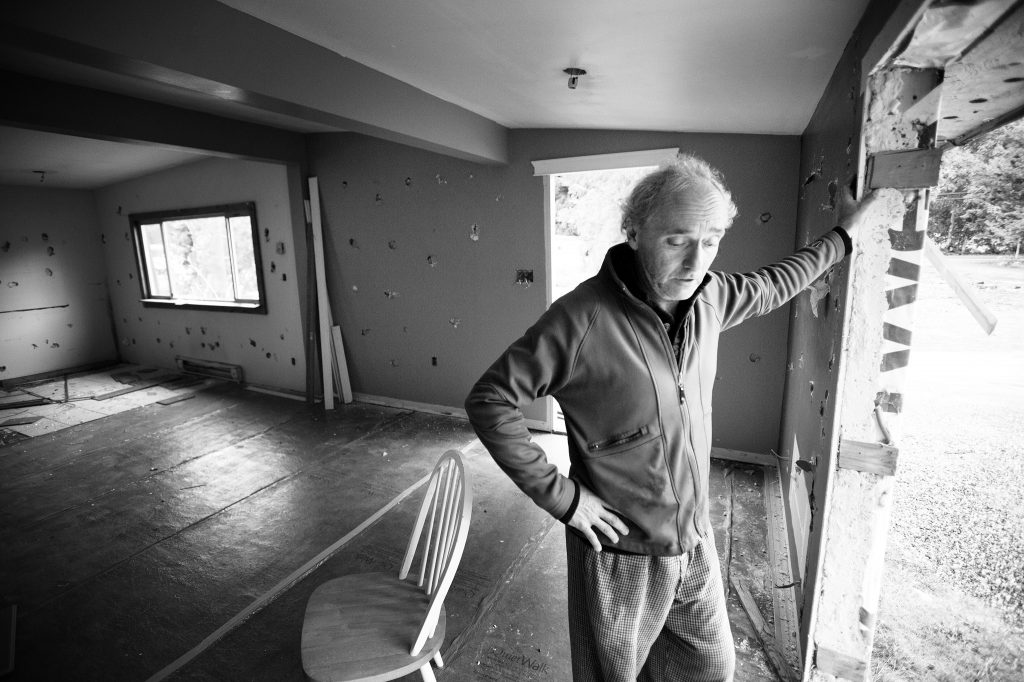 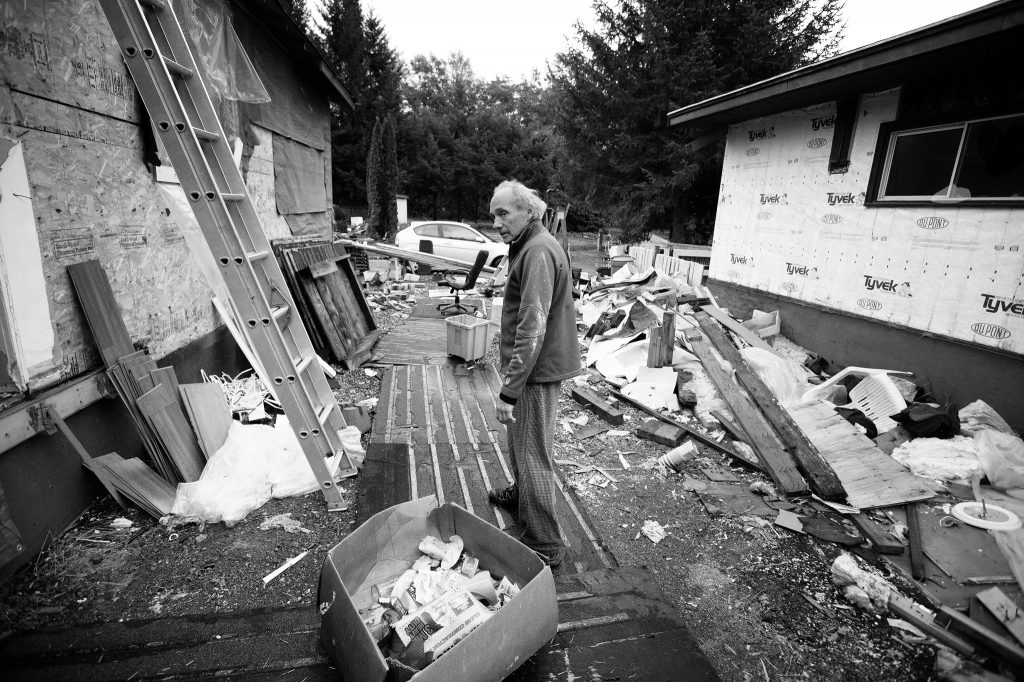 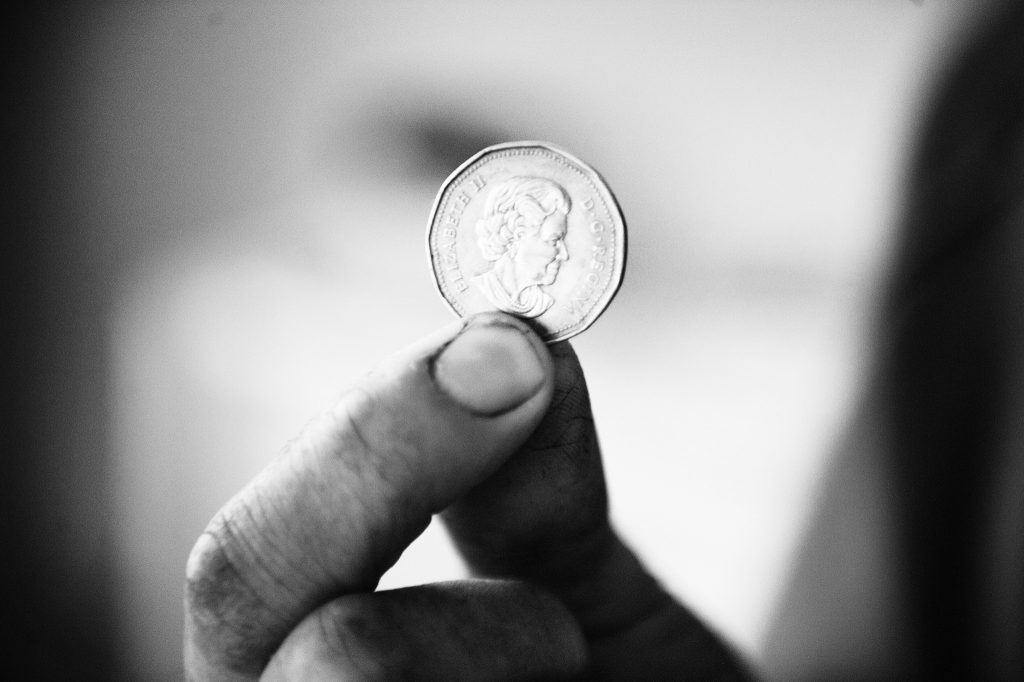 The dollar Green was paid for his trailer ... 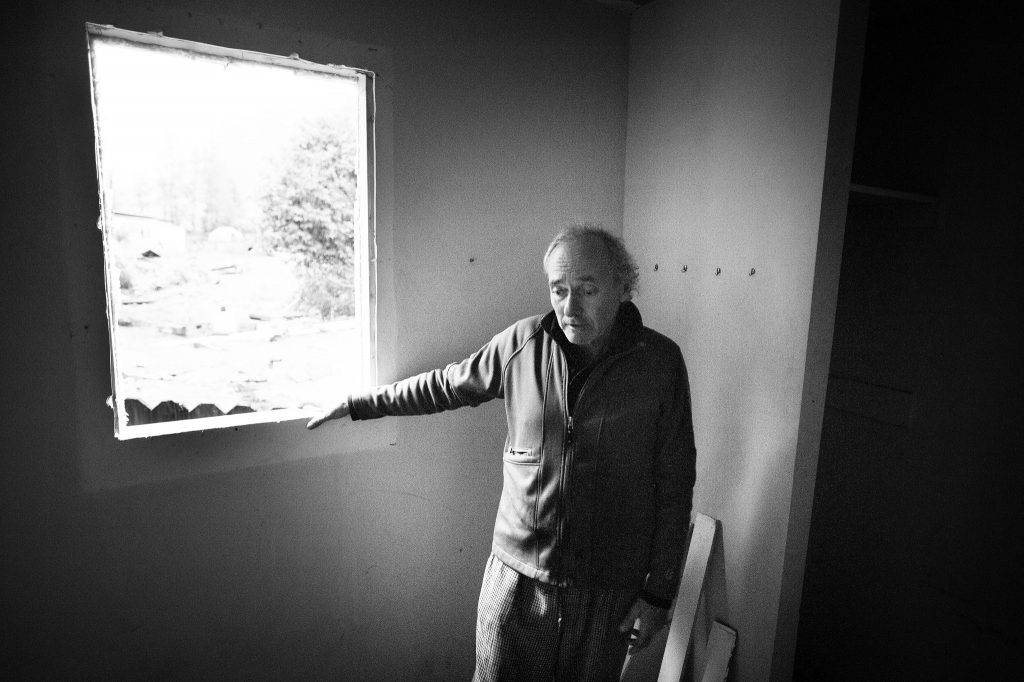 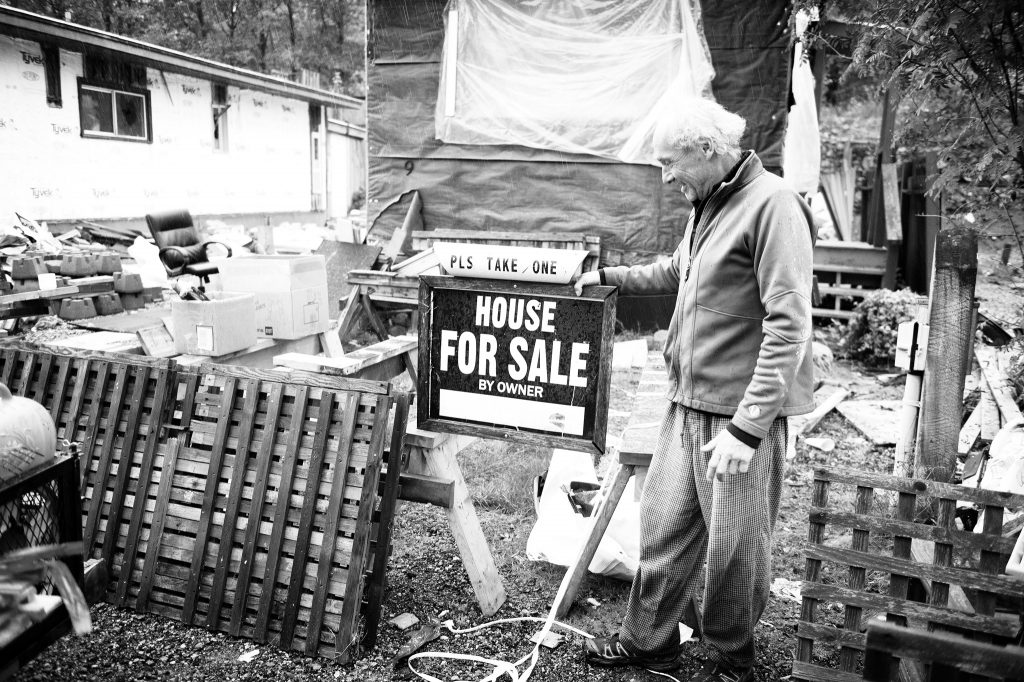 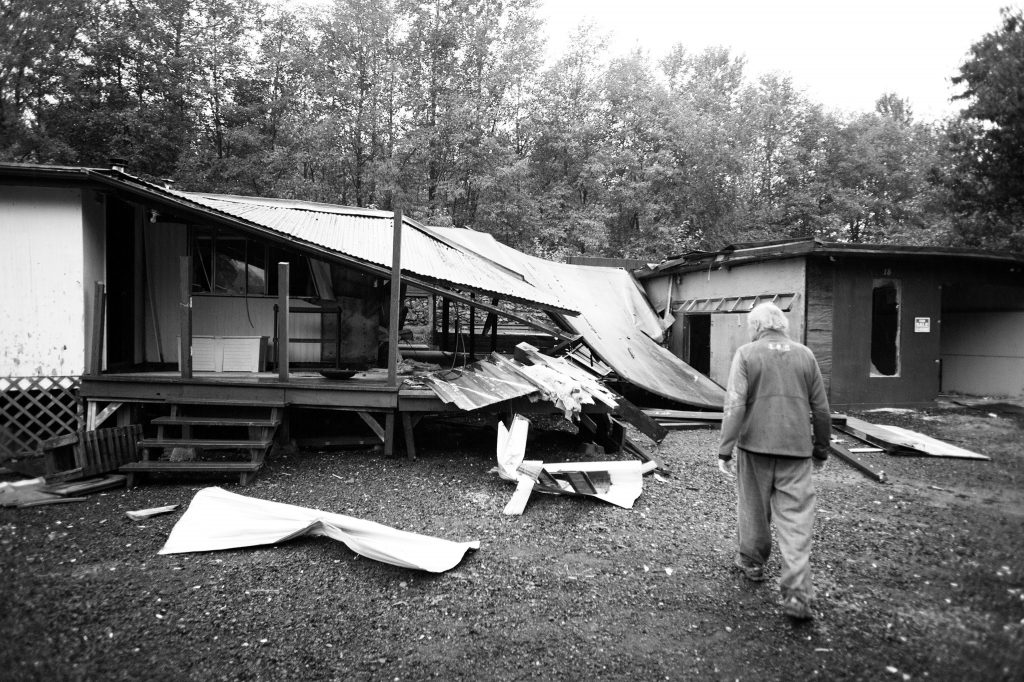 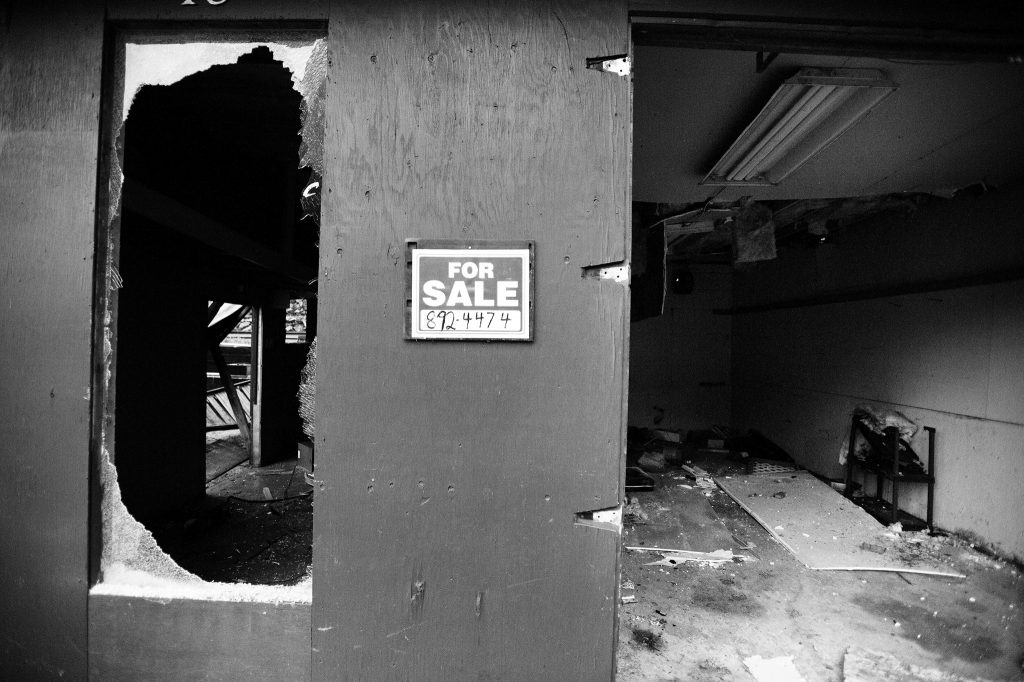 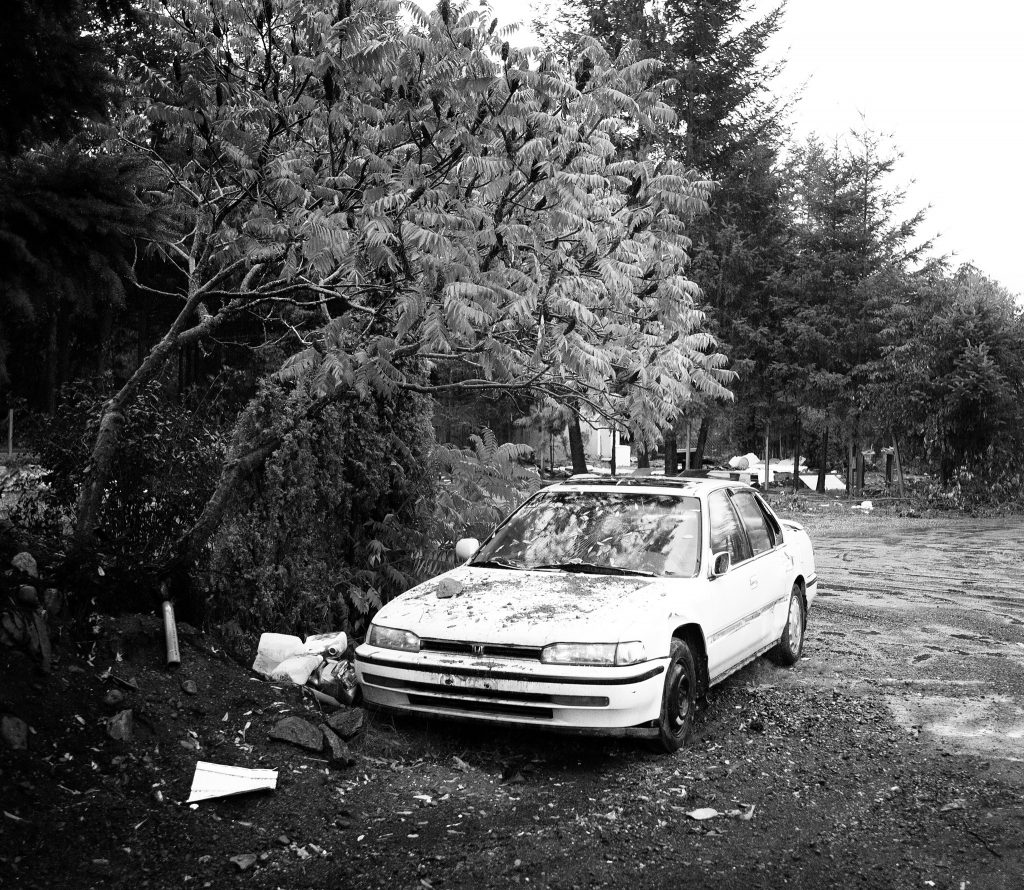 This was a story I did for the Squamish Chief newspaper.  The Riverside RV Park was a mobile home park in the Squamish Brackendale neighbour hood that was involved in a multi-year ownership dispute.  The end result was a change in ownership and the eventual eviction of the residents.

I arrived on the last day before all the residents were to leave and met Tom Green, the last resident remaining.  He was packing to leave the next morning, but had basically lost everything.  The thing with a mobile home is that it’s not very mobile, and the cost to move one is often more than value of the unit, providing a space in another mobile home park can be found.  Unable to find a new location or to afford to move it, Tom had sold his home to the park owners for a dollar and was preparing to abandon it the next day, despite still owing $20,000 on it.

Tom took me on a tour of what was left of the park.  The remaining units had been stripped of their doors and windows and anything else that could be sold.  The rest had been trashed, mostly by their former owners.

I said a tearful goodbye to Tom, the last resident of the Riverside RV Park.  I drove by the next week and the entire site had been bulldozed flat.