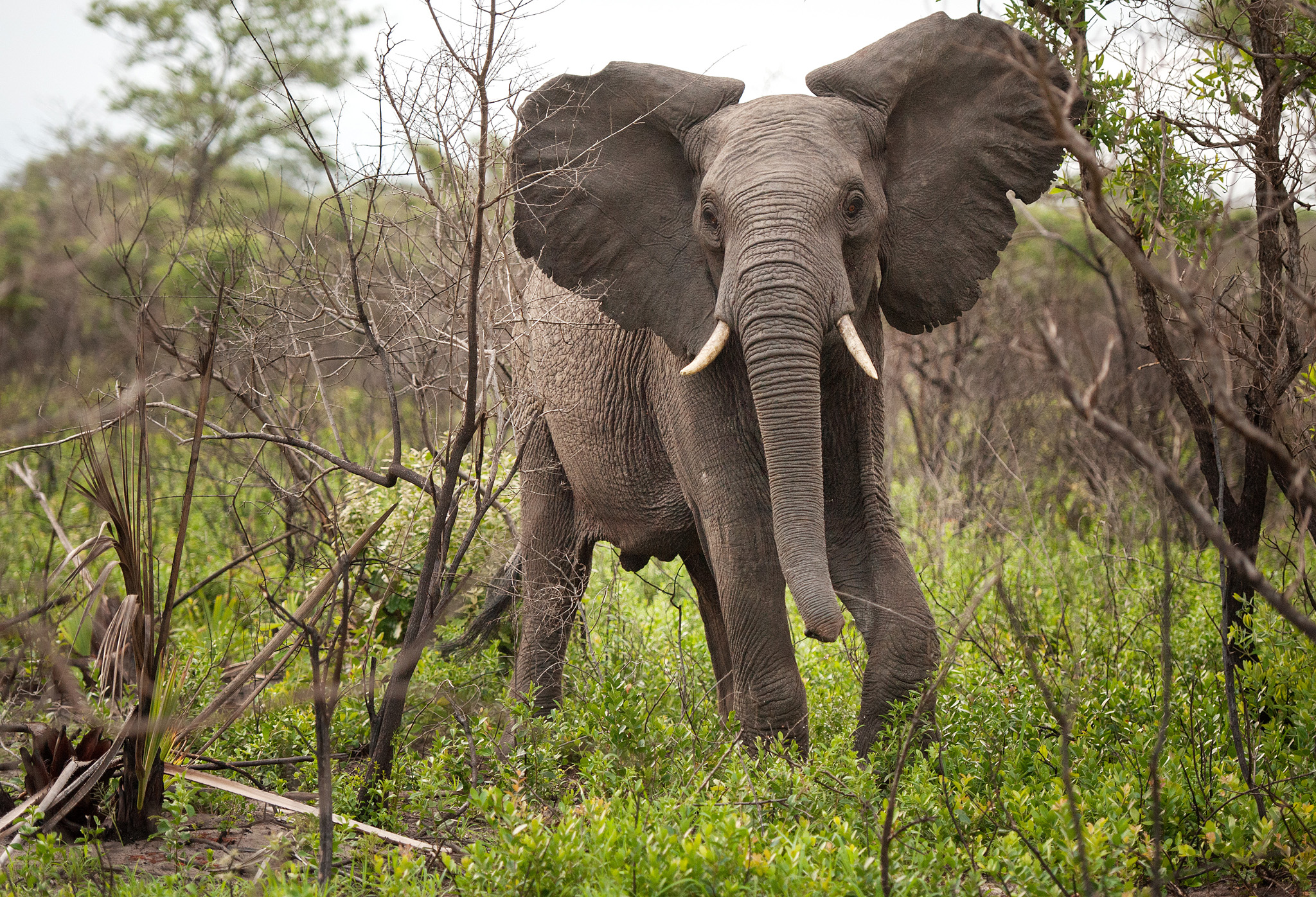 A juvenile bull elephant that charged us at the Tembe Elephant Park.

Every few years I head back to South Africa to visit my family there.  My dad, step mother and my brother and sister, as well as various nieces and nephews are all really close to me.  Jill, my stepmother was raving about the Tempe Elephant Park, an out of the way spot about a five hour drive from Durban,  tucked up under Swaziland near the Mozambique border.   Since I live in a ski resort, I’m not big on the idea on visiting one of South Africa’s highly commercial game parks, so this seemed right up my alley.

The park is located in the Tembe tribal reserve lands, right on the ancient Portuguese ivory trade route that used to run between what is now Maputo Mozambique and the areas of South Africa once known as Tongaland and Zululand.  Tongaland is somewhat isolated from the rest of South Africa by a small mountain range, so the region has it’s microclimate and more importantly,  a population of some of the world’s largest elephants. 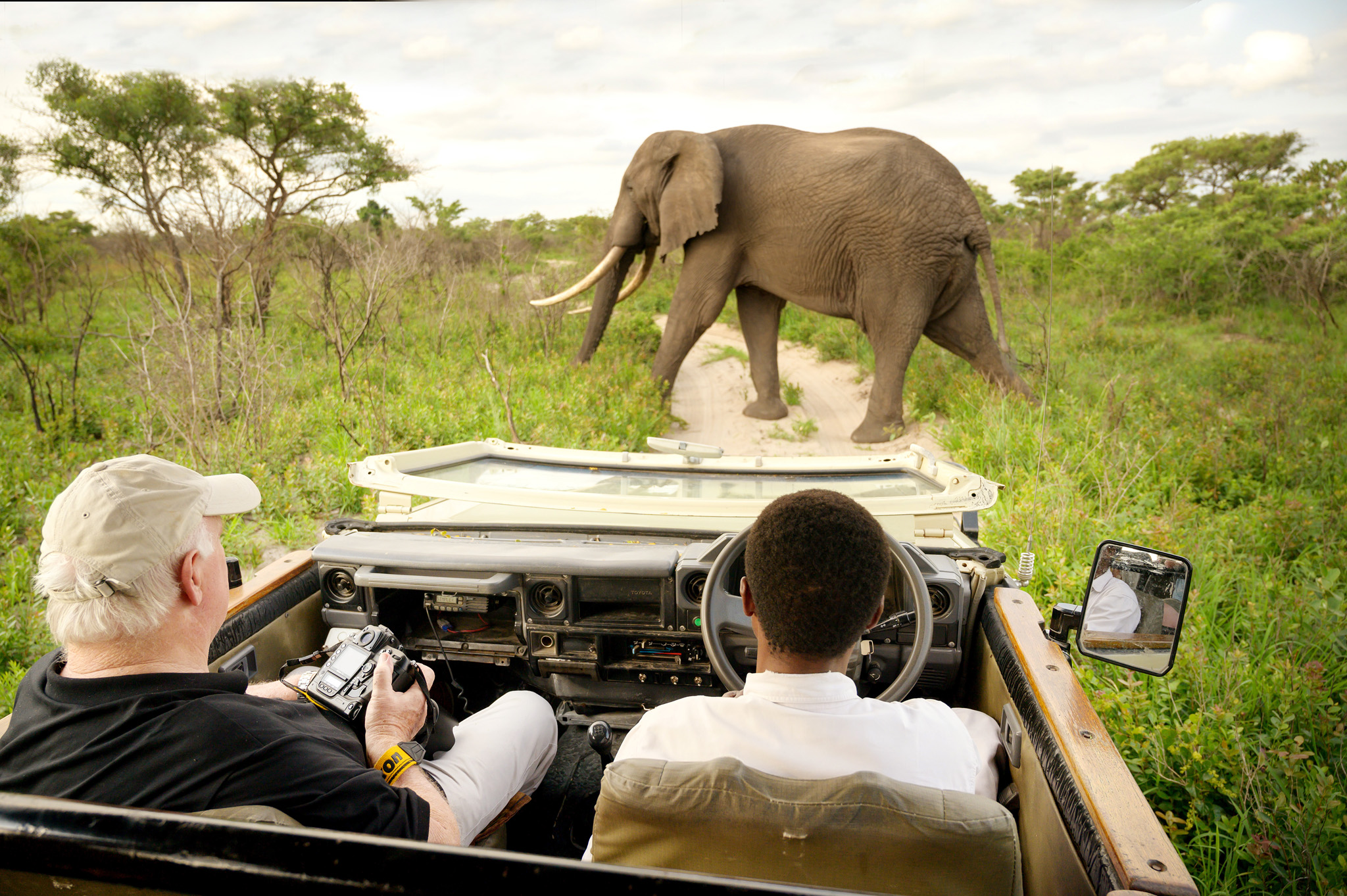 My dad checking out a big tusker from the front seat of one of the parks awesomely battered Toyota Land Cruiser safari trucks. 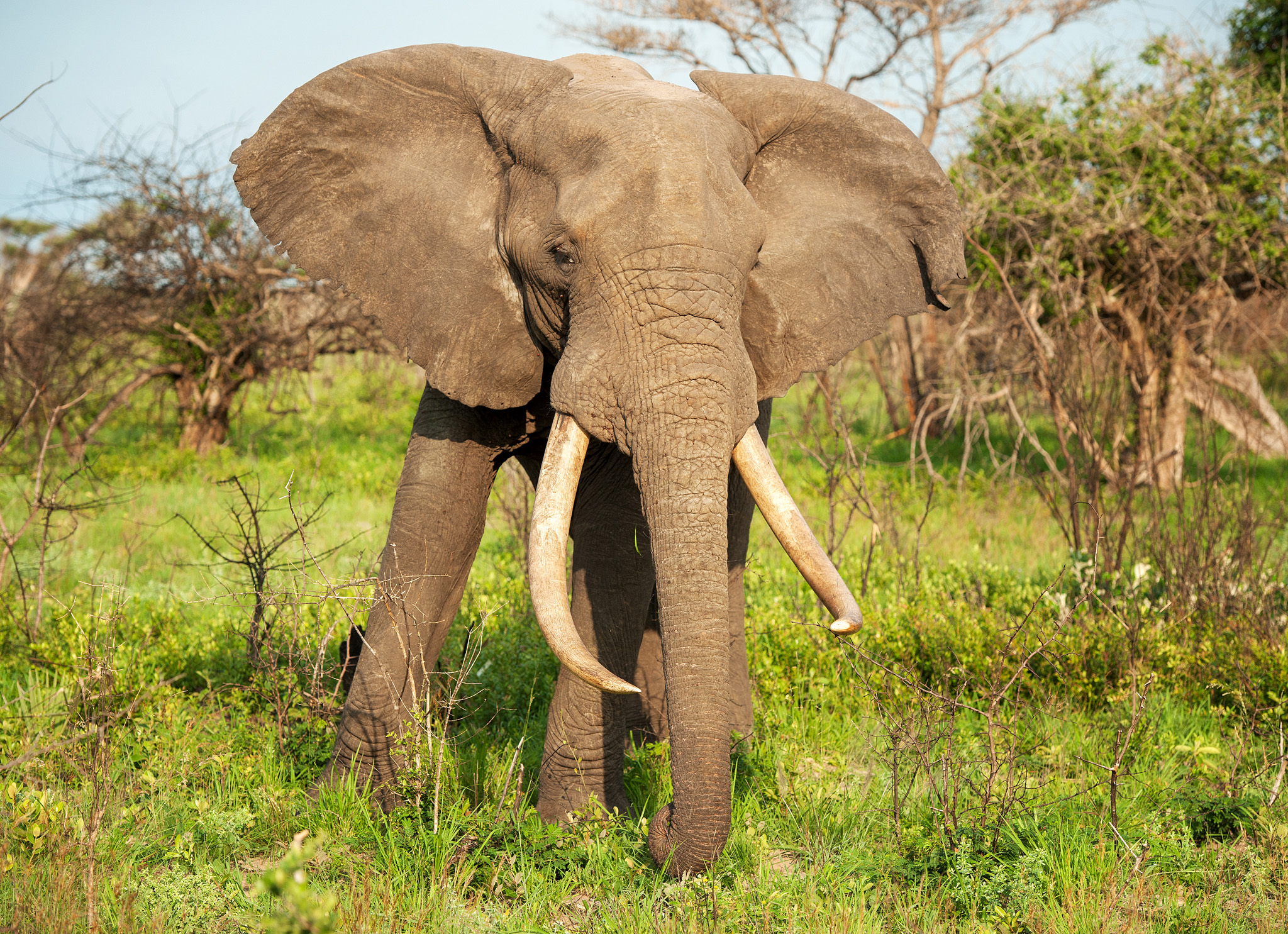 A large bull elephant or ‘tusker’. 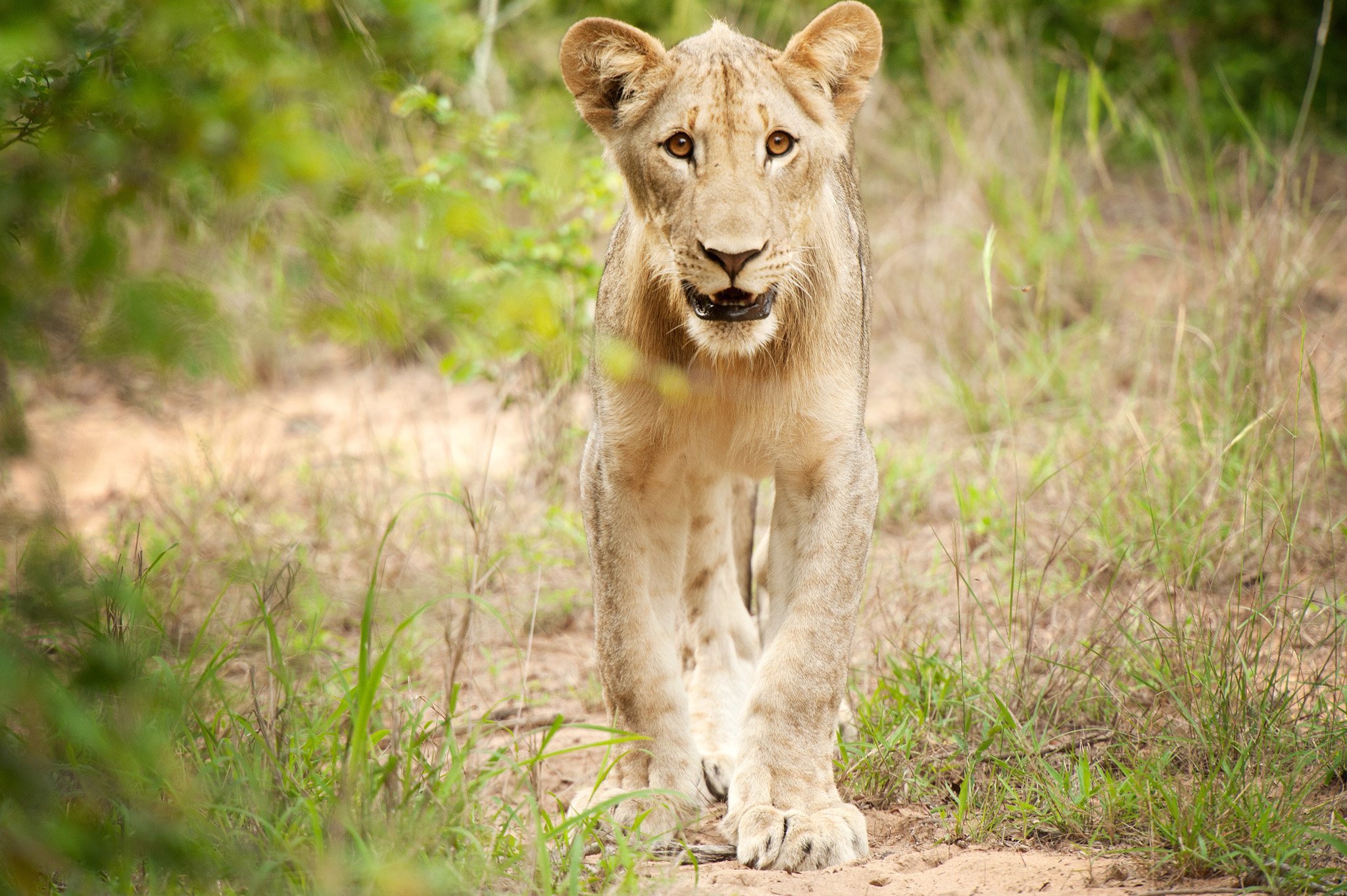 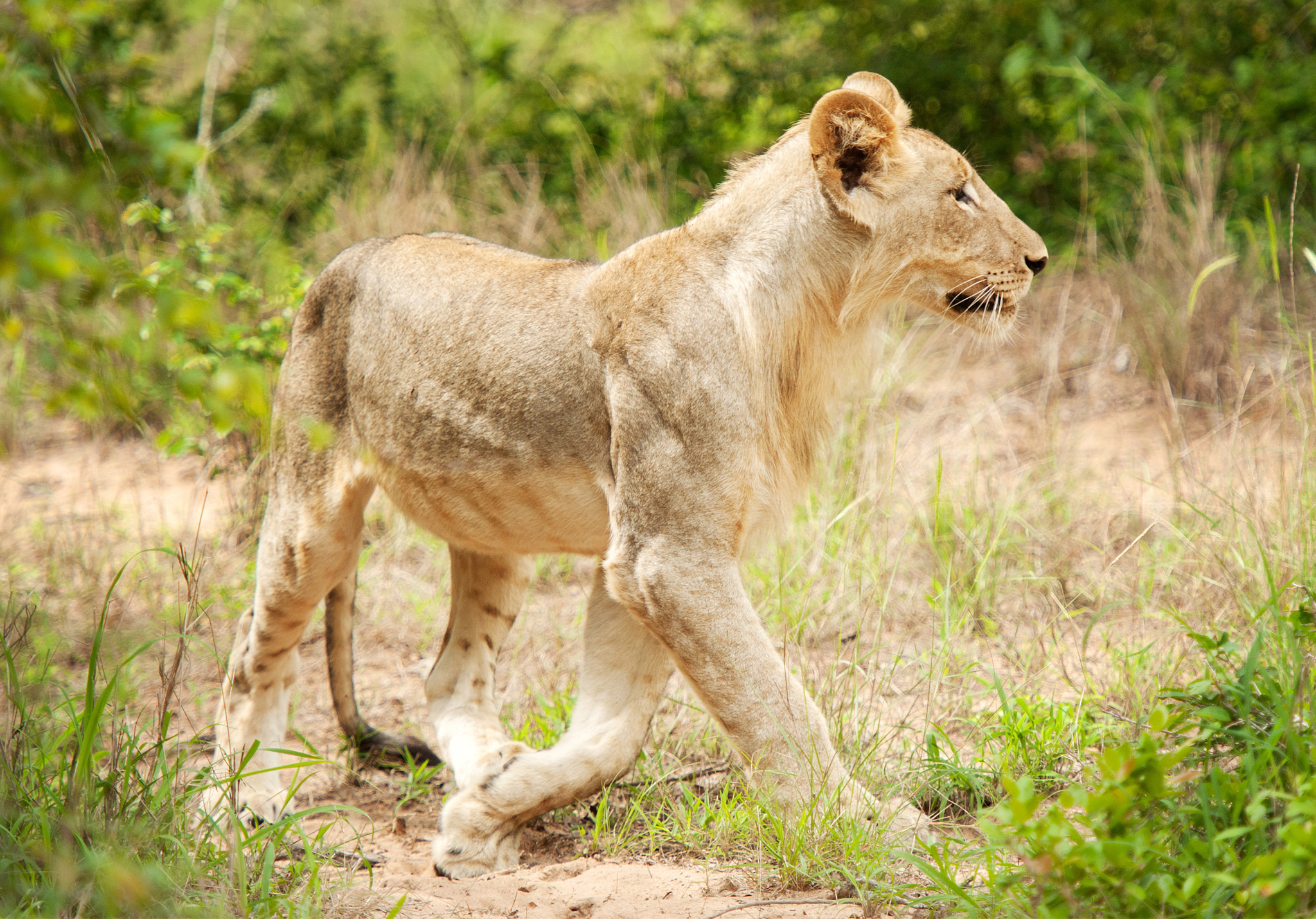 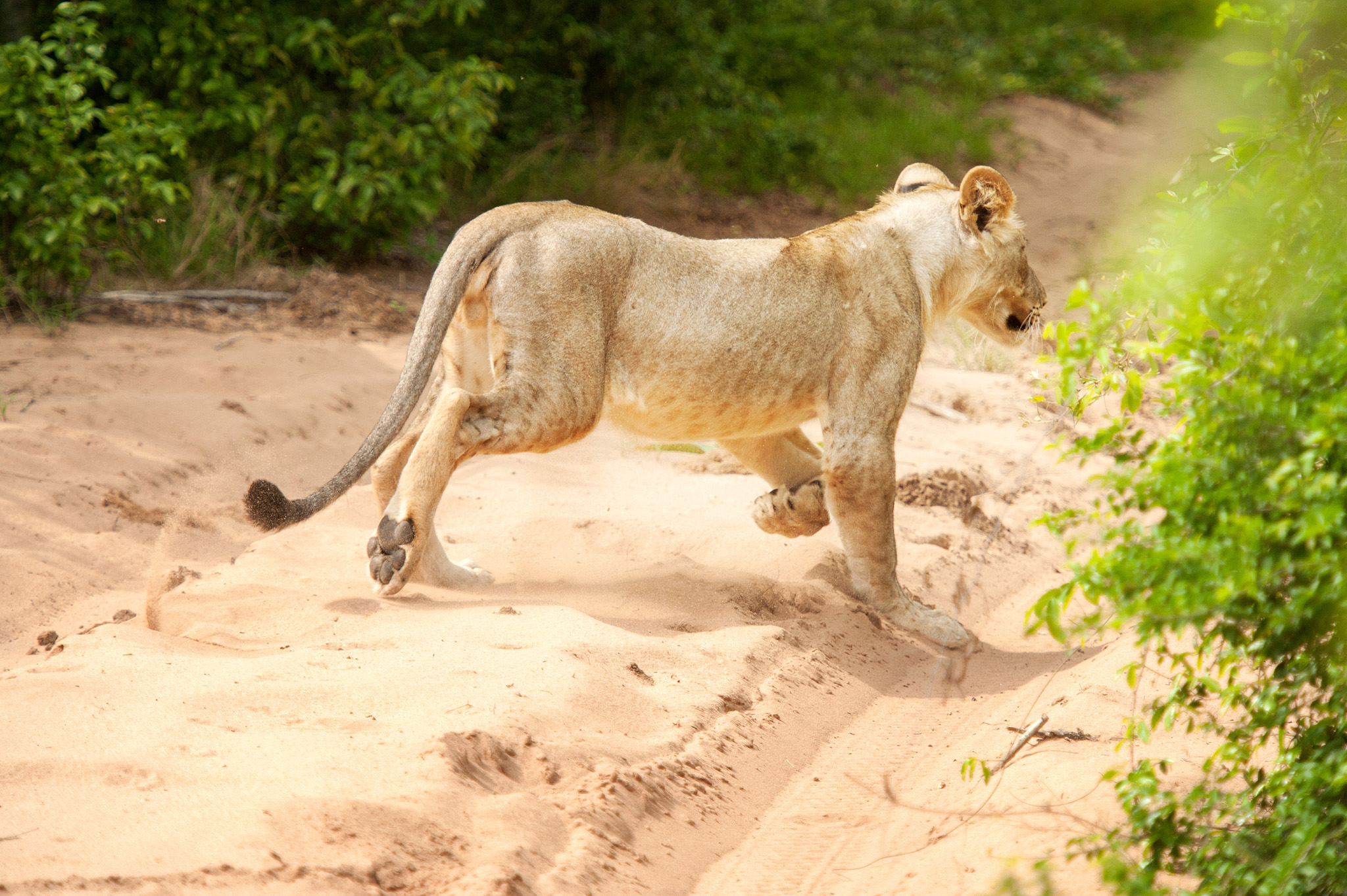 A juvenile lion cub at the Tembe Elephant Park in South Africa.

I really wanted to see some lions.  Whenever I get to see them, they’re usually sitting around under a tree not doing much, so some live lion action photos were big on my list.  It took a few days of driving around, but we finally found a female lion with a couple of year old cubs in tow.  They were incredibly beautiful animals, and tough to get a photo as well.  the lion cub looked straight at me, then turned, and was gone in a few seconds.  Tulani, our guide, coasted the Land Cruiser safari truck up the road with the engine off while I stood on one of the back seats blasting away with an 80-200mm lens.  It was bumpy, dark, and we were closing in the lions pretty quickly, and I still managed to grab a couple of nice frames.  Pretty good if I do say so myself. 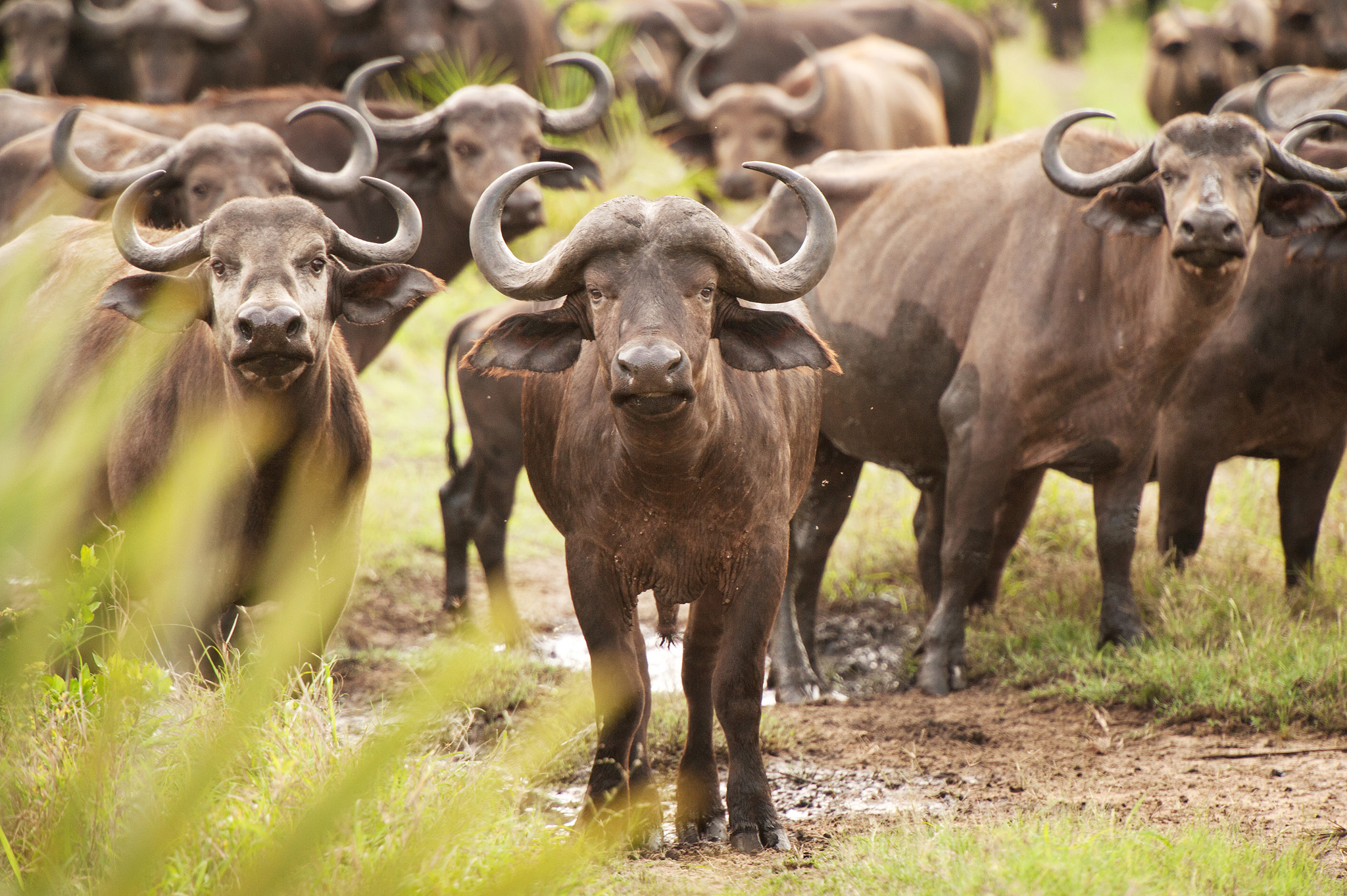 A herd of Cape Buffalo.  These guys are some of the most dangerous animals in Africa. 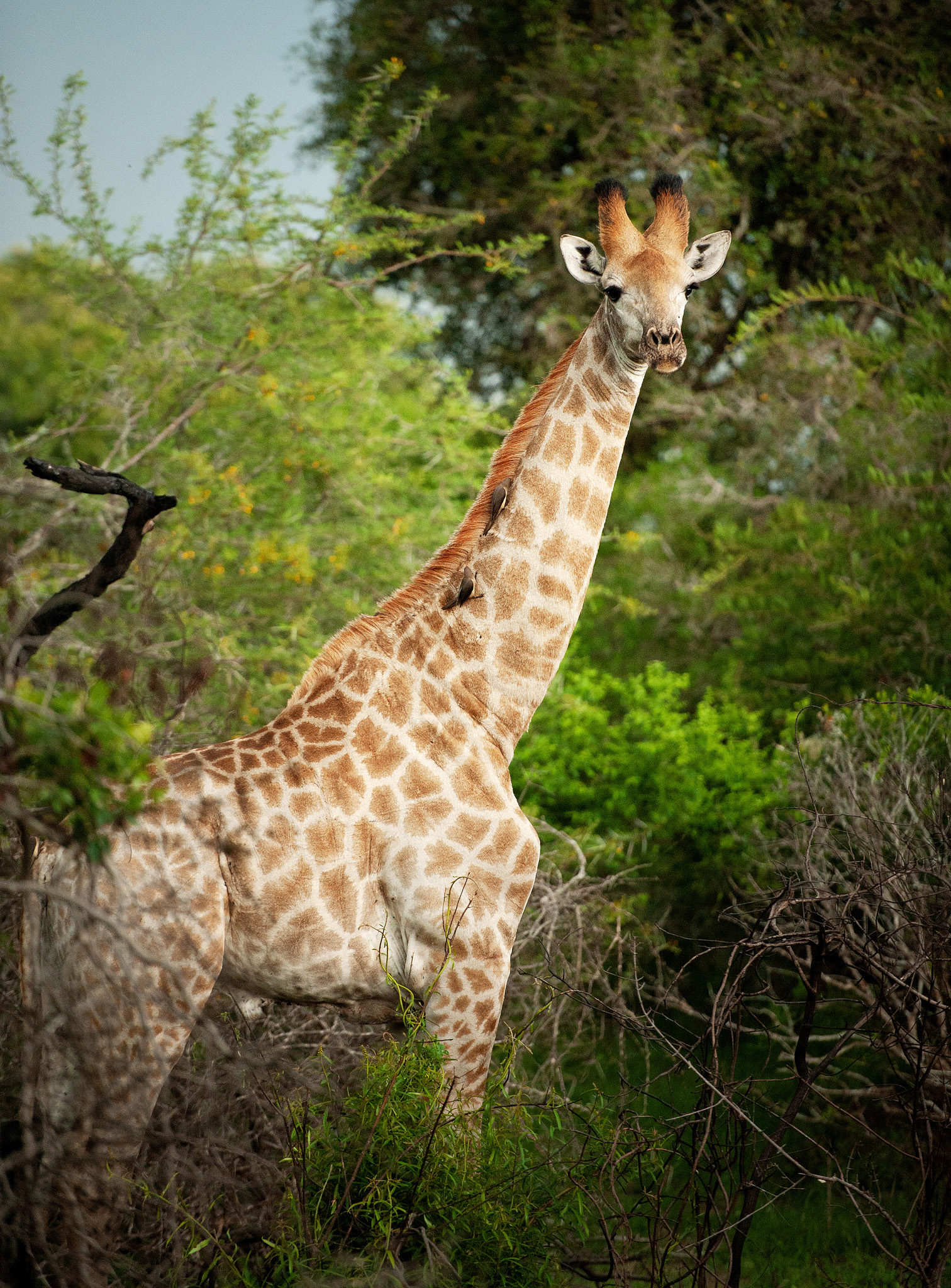 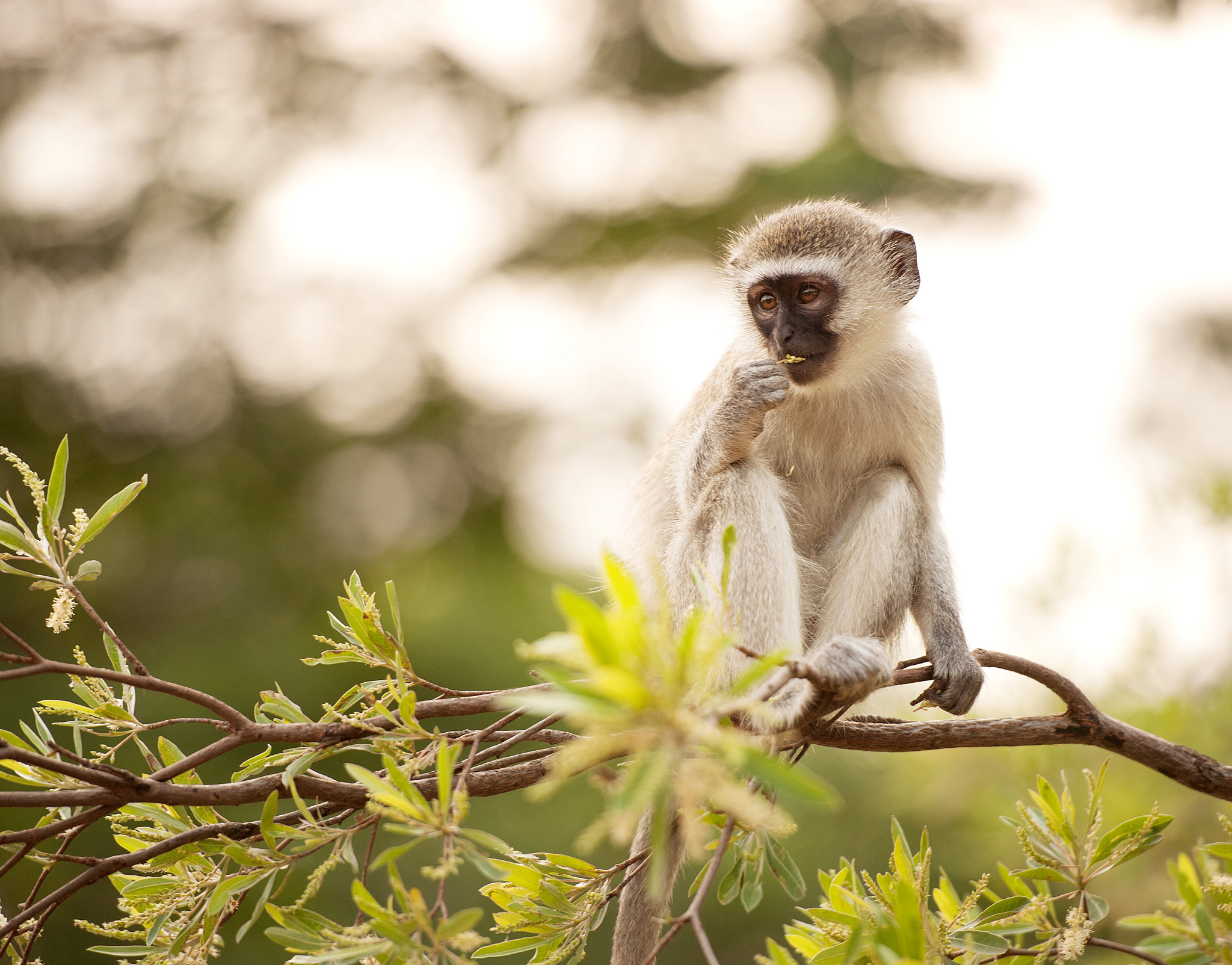 One of the monkeys that used to hang out near the main camp. 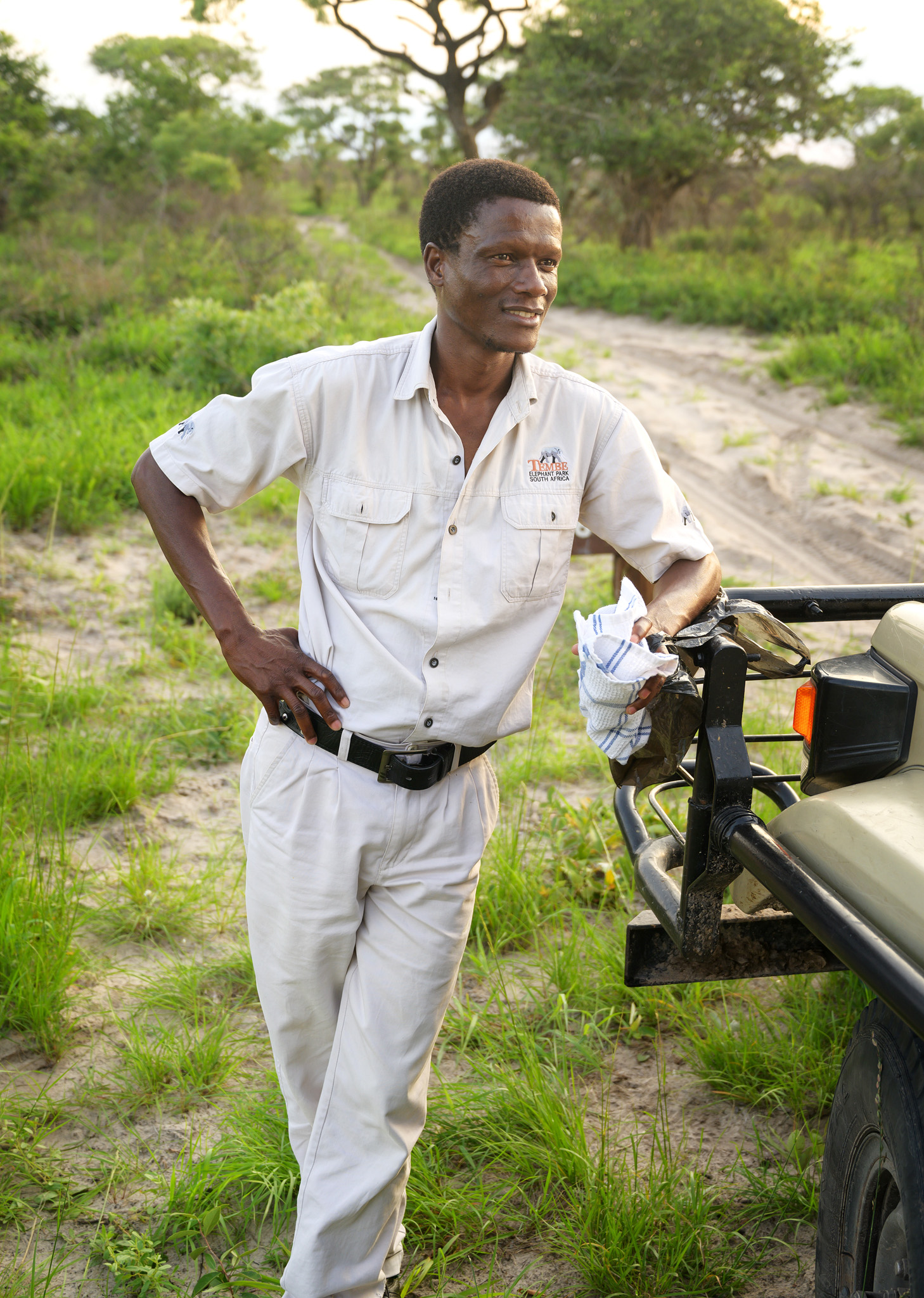 Tulani, which means ‘the quiet one’ in the Tembe dialect, our guide while we were in the park. 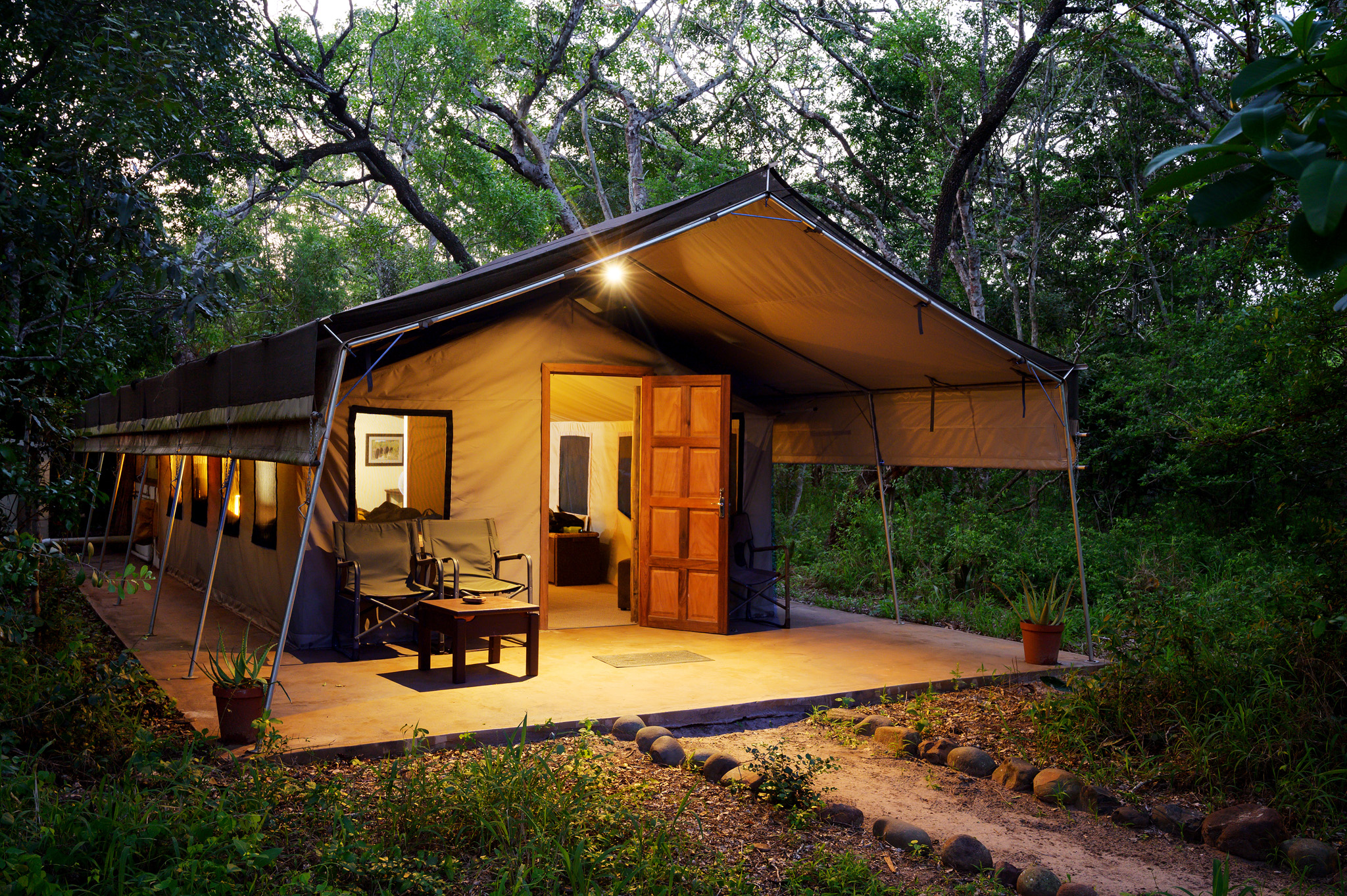 My safari tent, about a five minute walk from the rest of the camp.  I really felt like I was in Africa staying there. 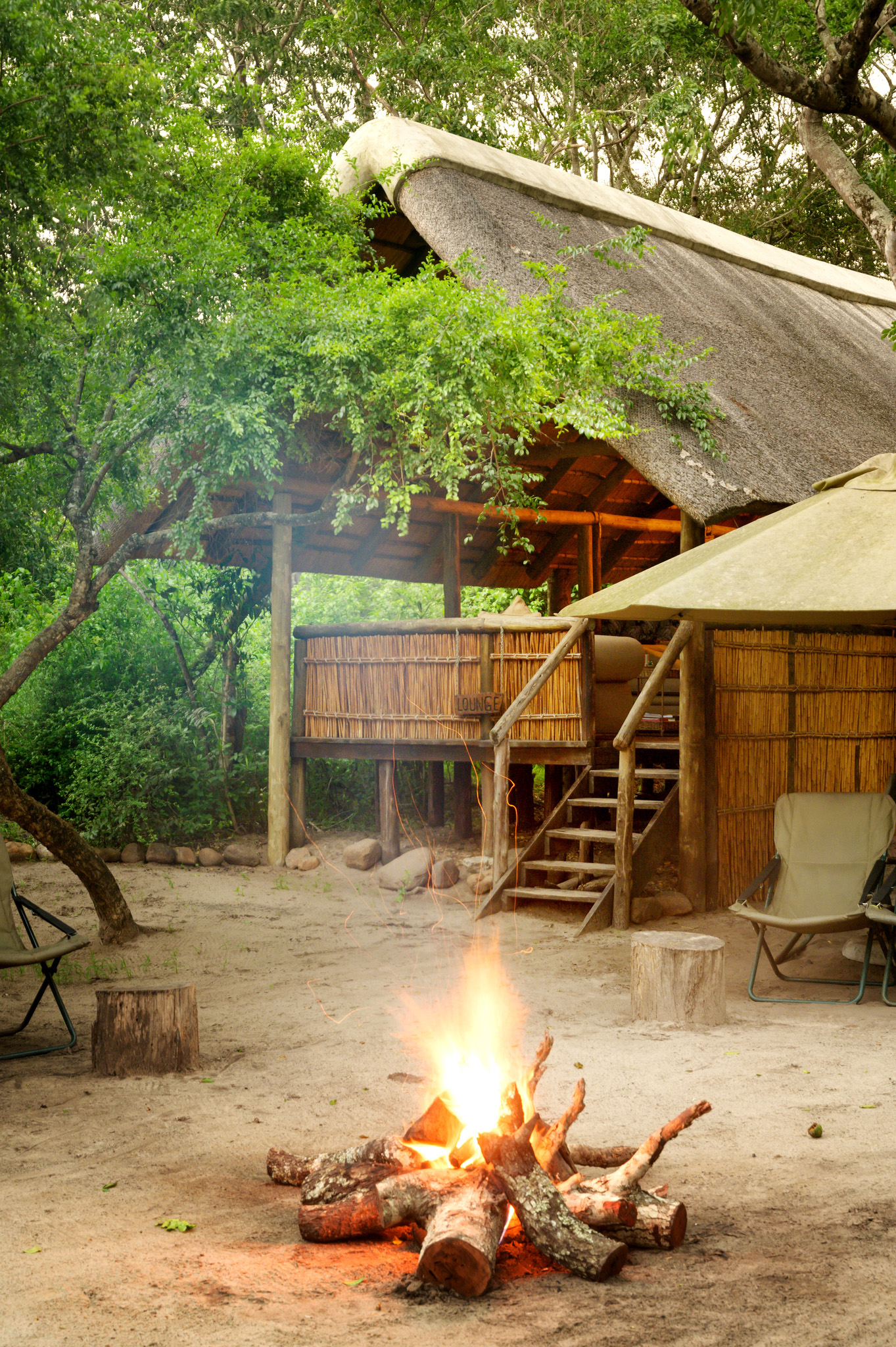 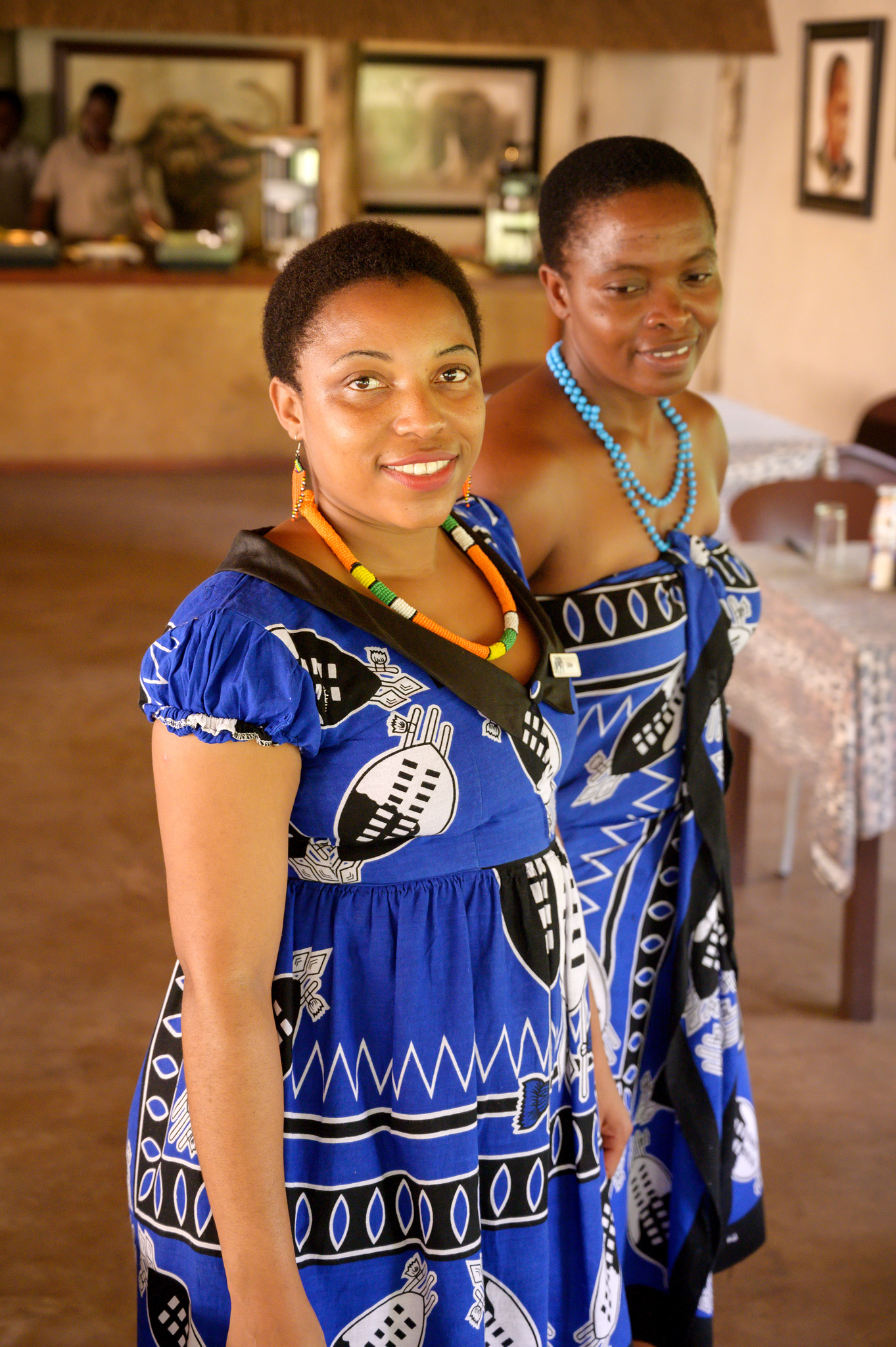 A couple of the local servers at the restaurant.