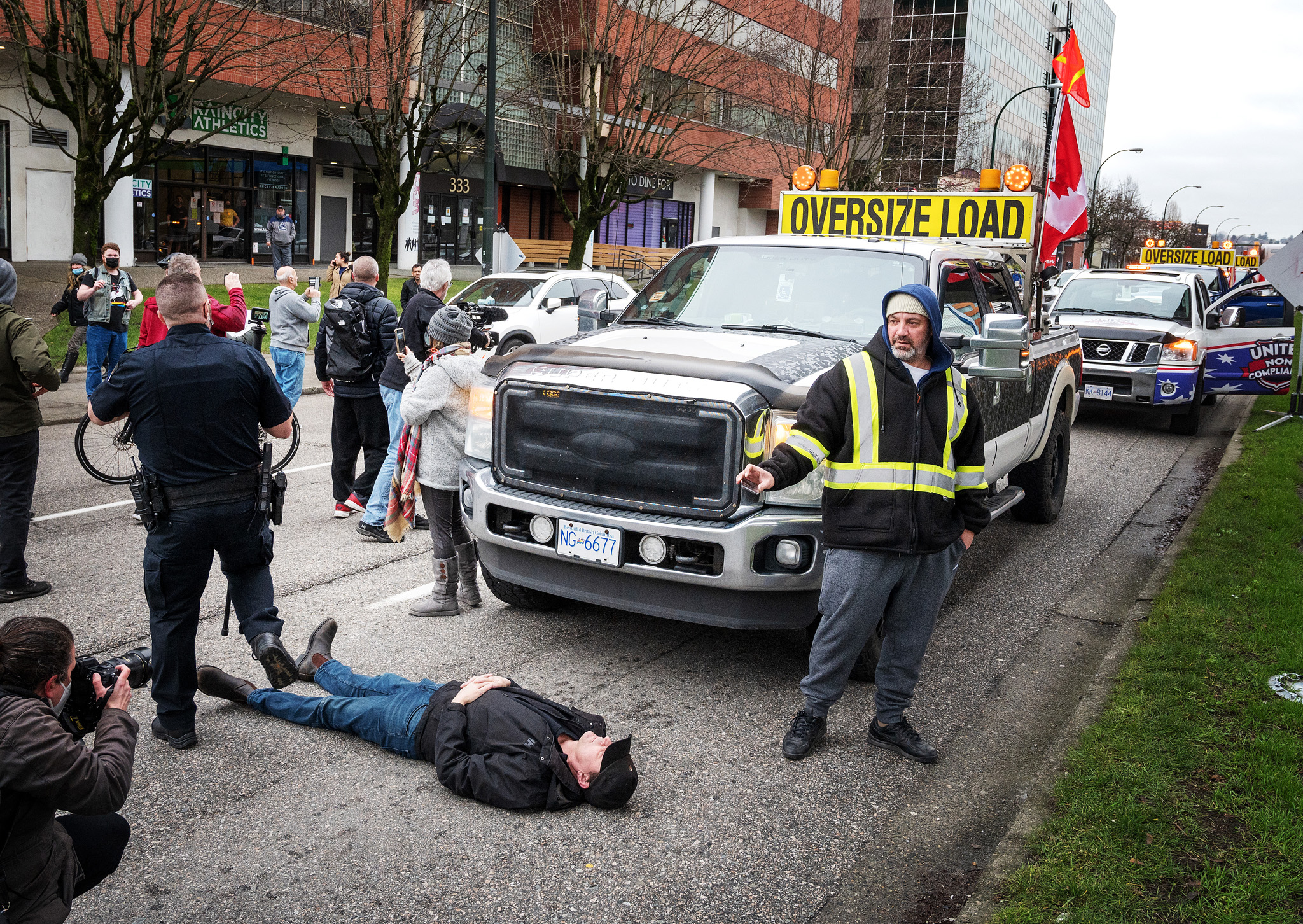 A man lies in front of the lead truck, stopping it and jamming the convoy on Terminal Drive.  Photos of the anti-vaccine mandate truckers convoy, which was met by several hundred local Vancouver counter protestors.

My photos from todays protests between the anti-vaccine truck convoy and local Vancouver counter protestors.  No time for big explanations, I’ll let the photos tell the story. 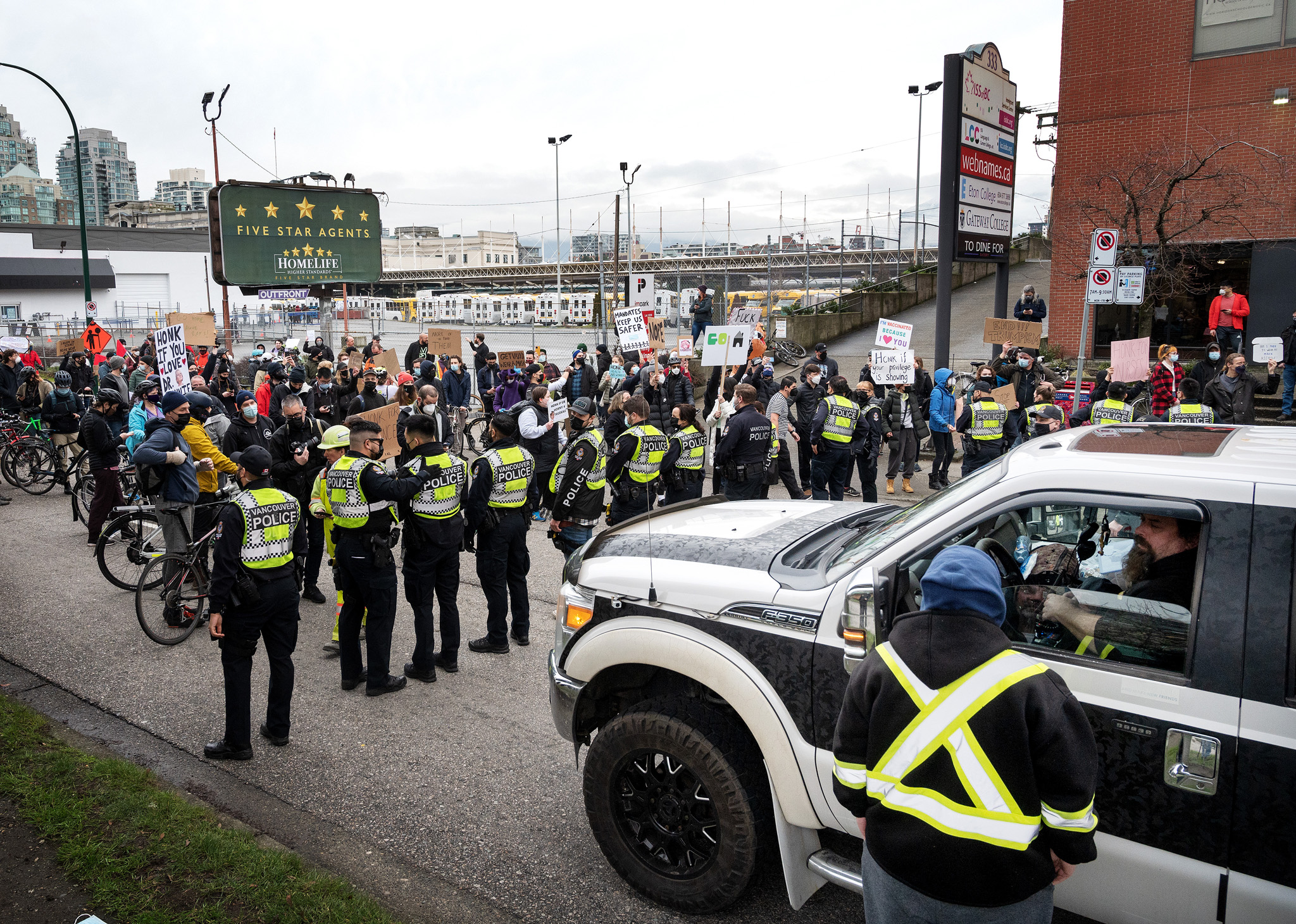 Counter protestors block the lead truck of the convoy along Terminal Avenue just east of Main Street.  As the trucks were hemmed in by the Sky Train tracks, they were unable to turn around. 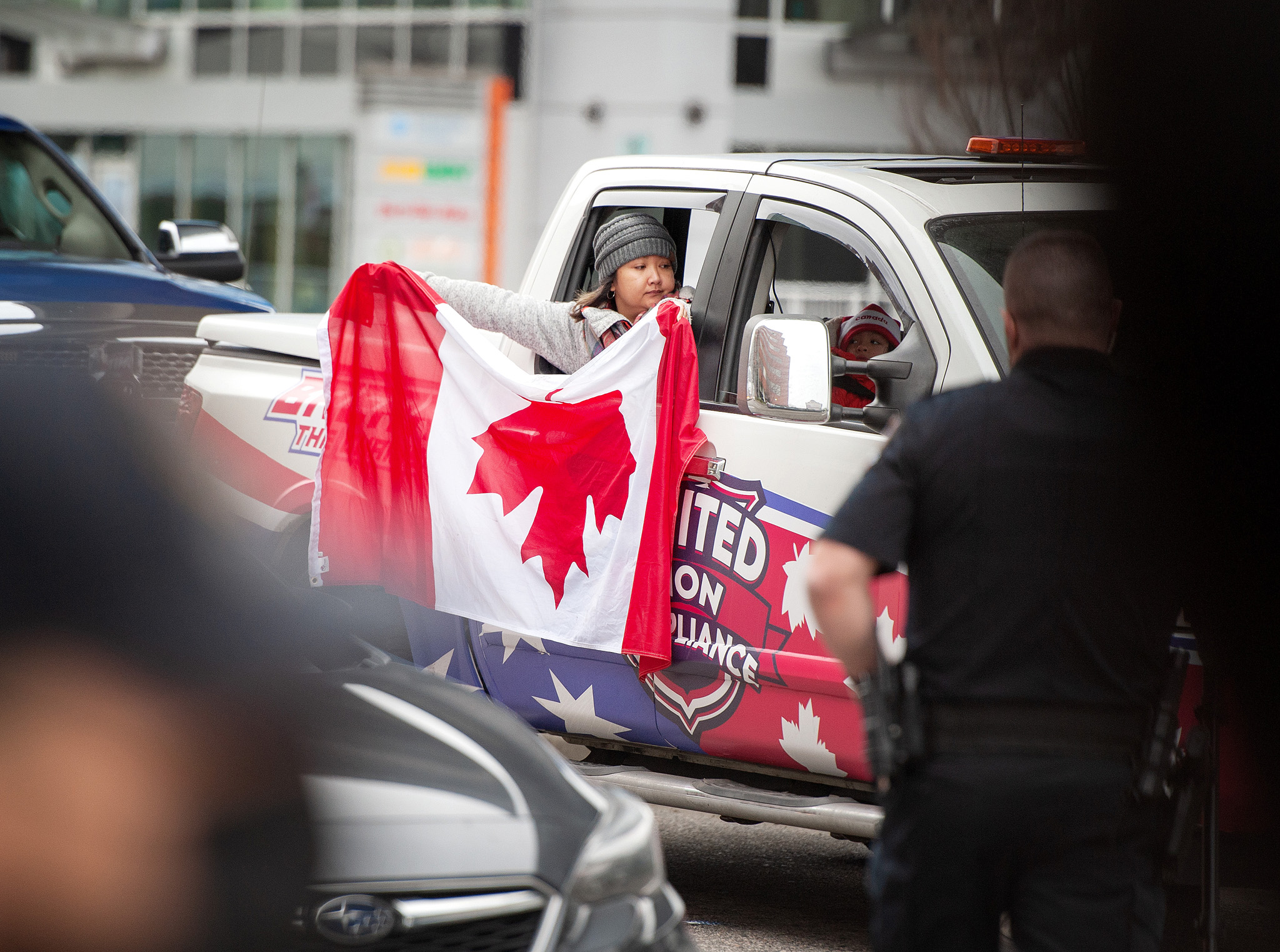 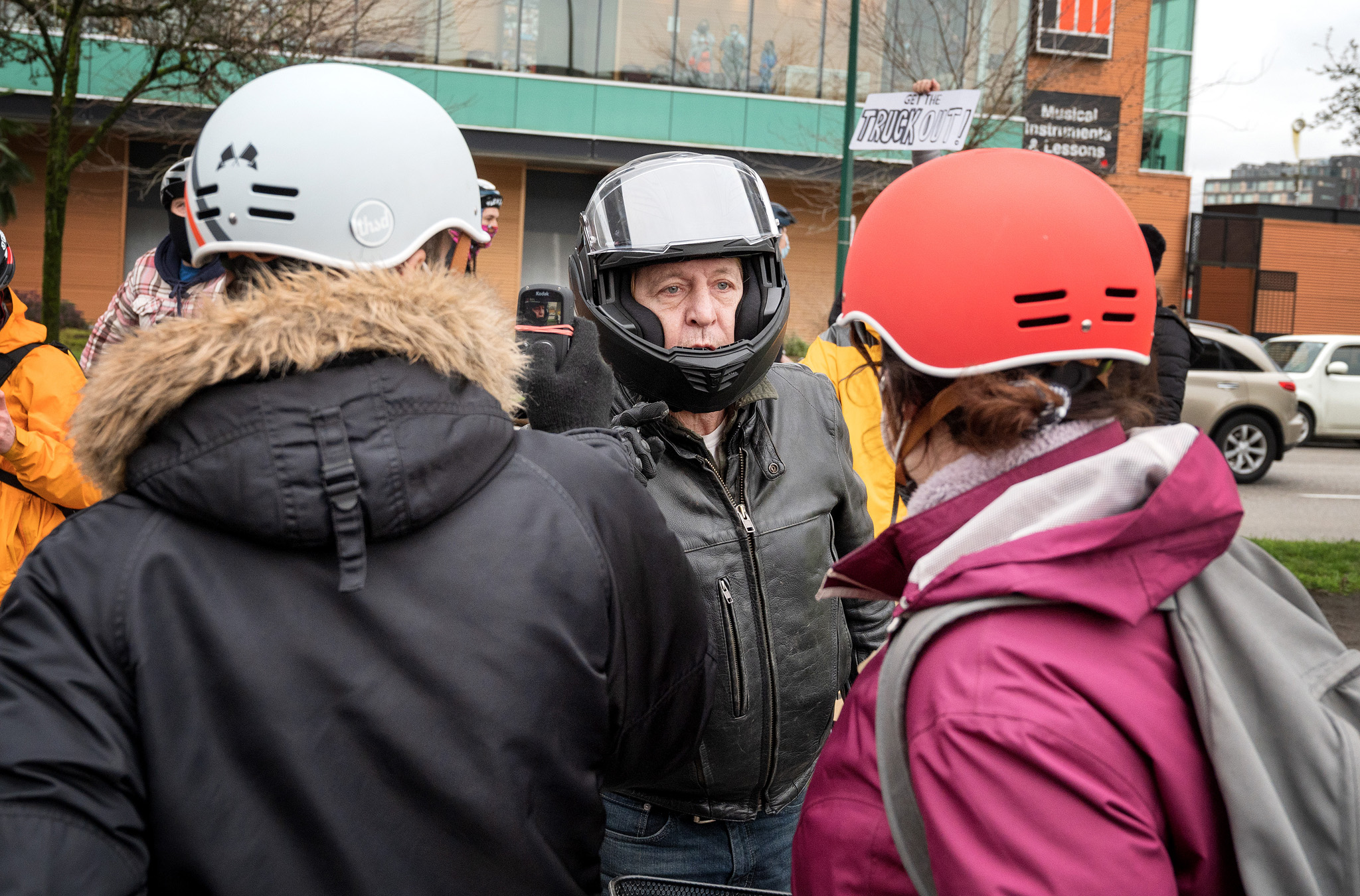 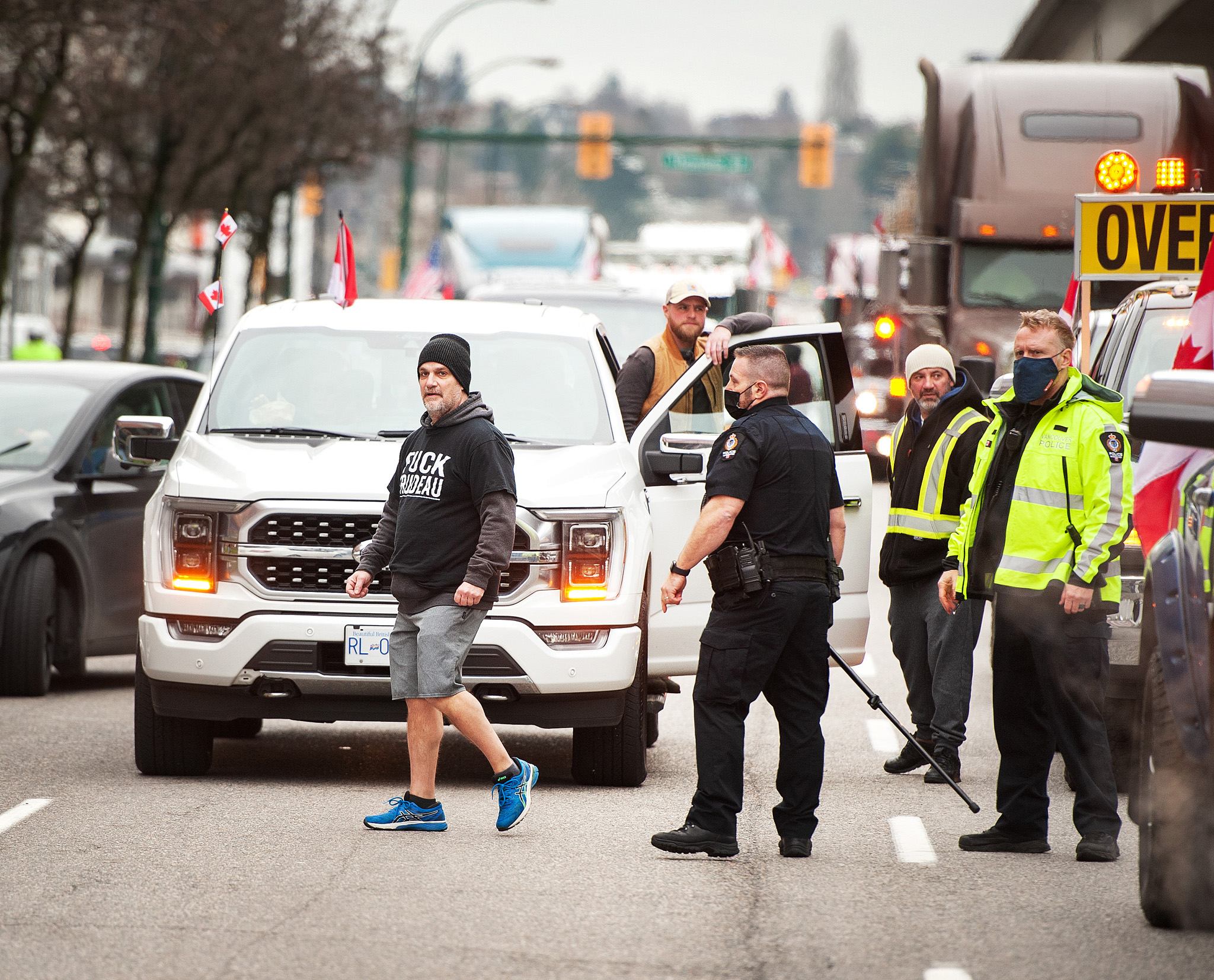 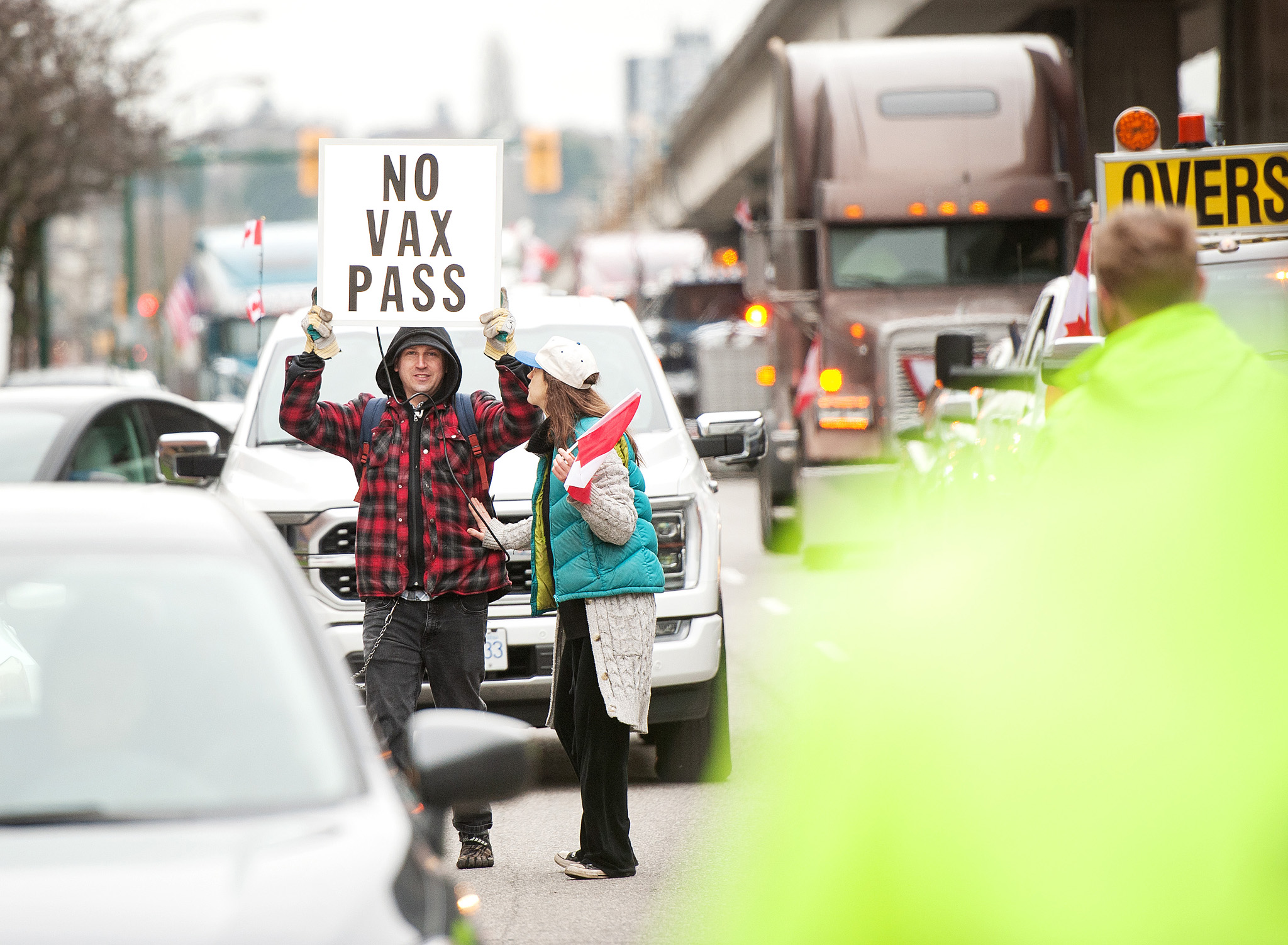 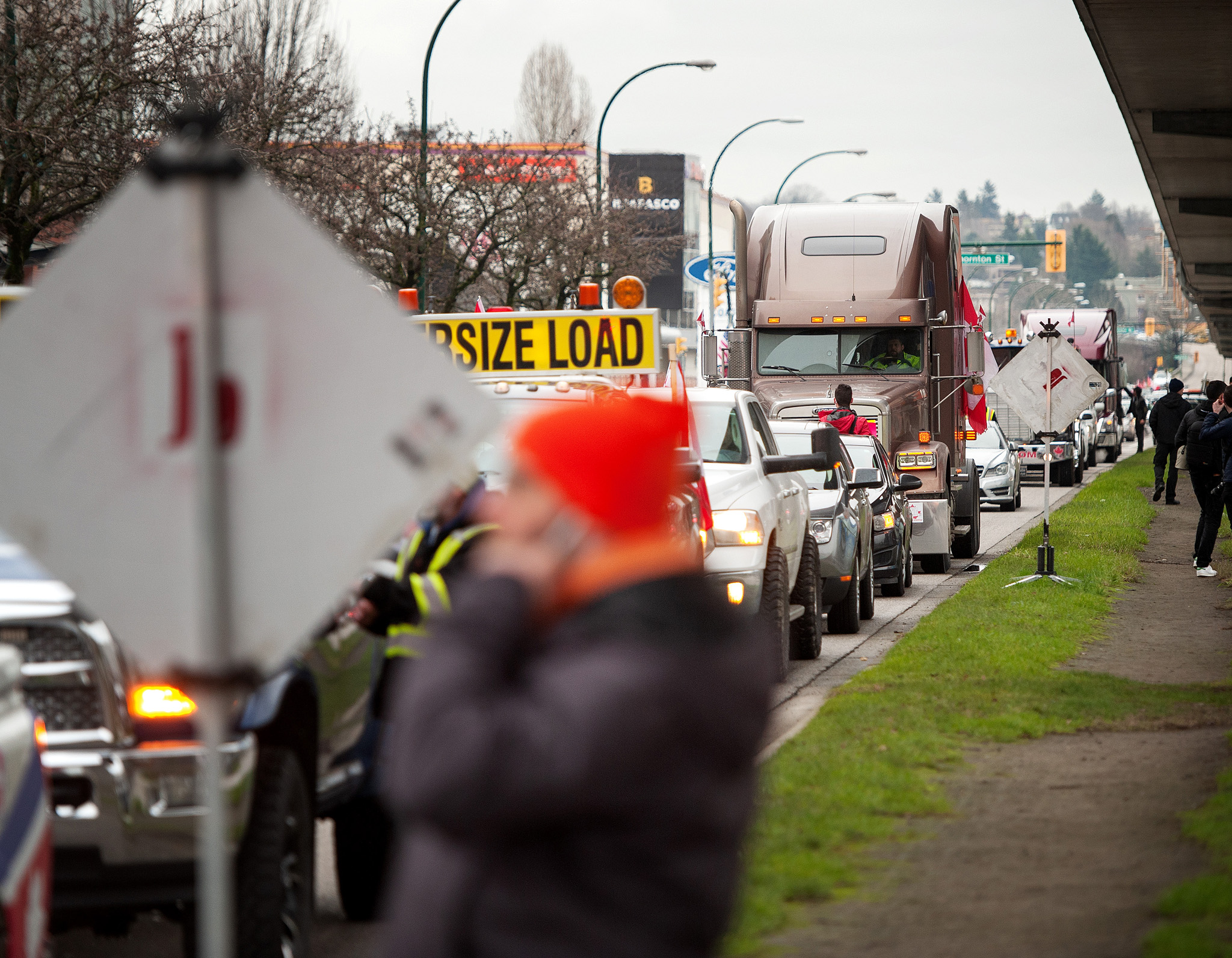 With the convoy trapped along the Sky Train on Terminal Avenue, some truck protestors confronted the Vancouver counter protestors. 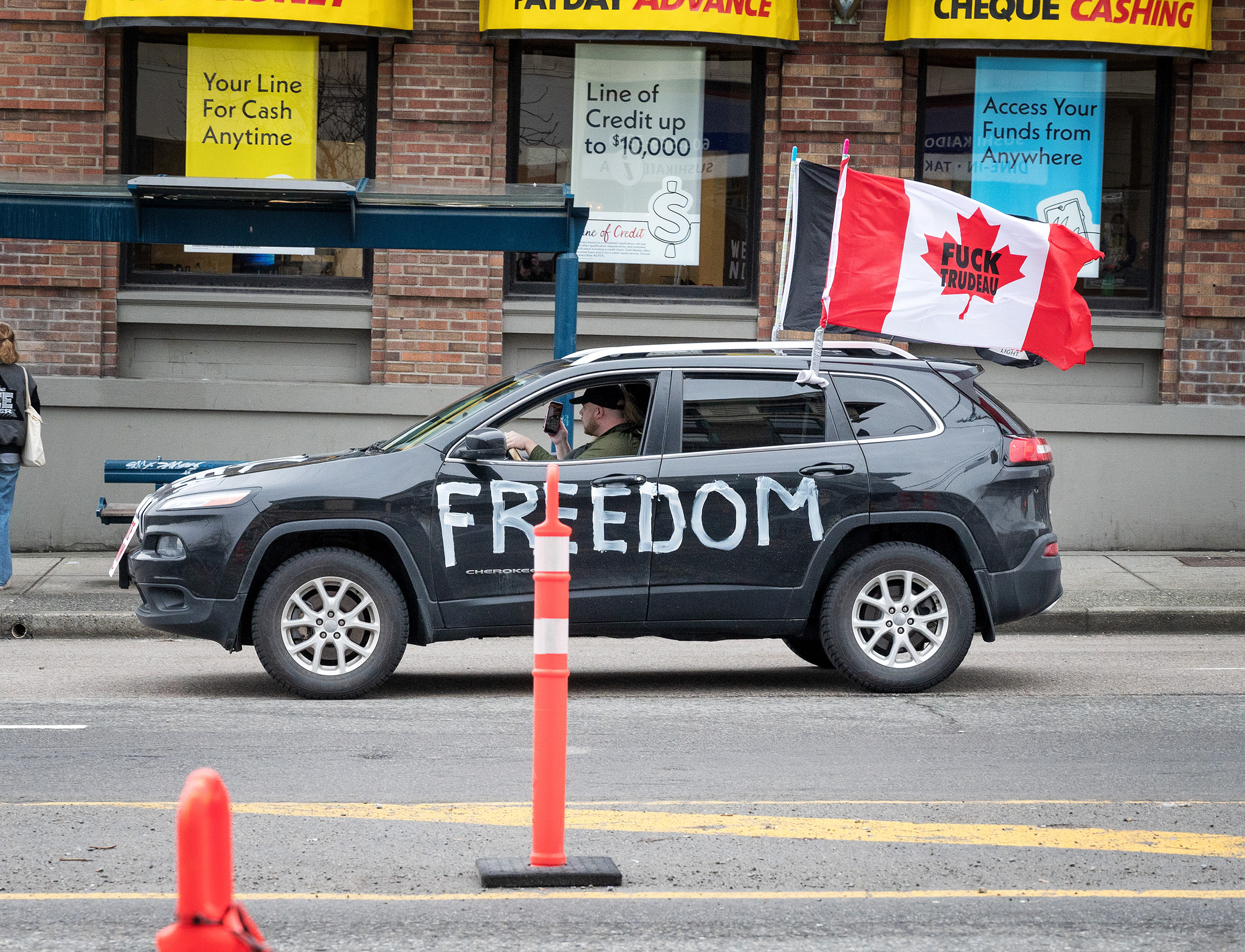 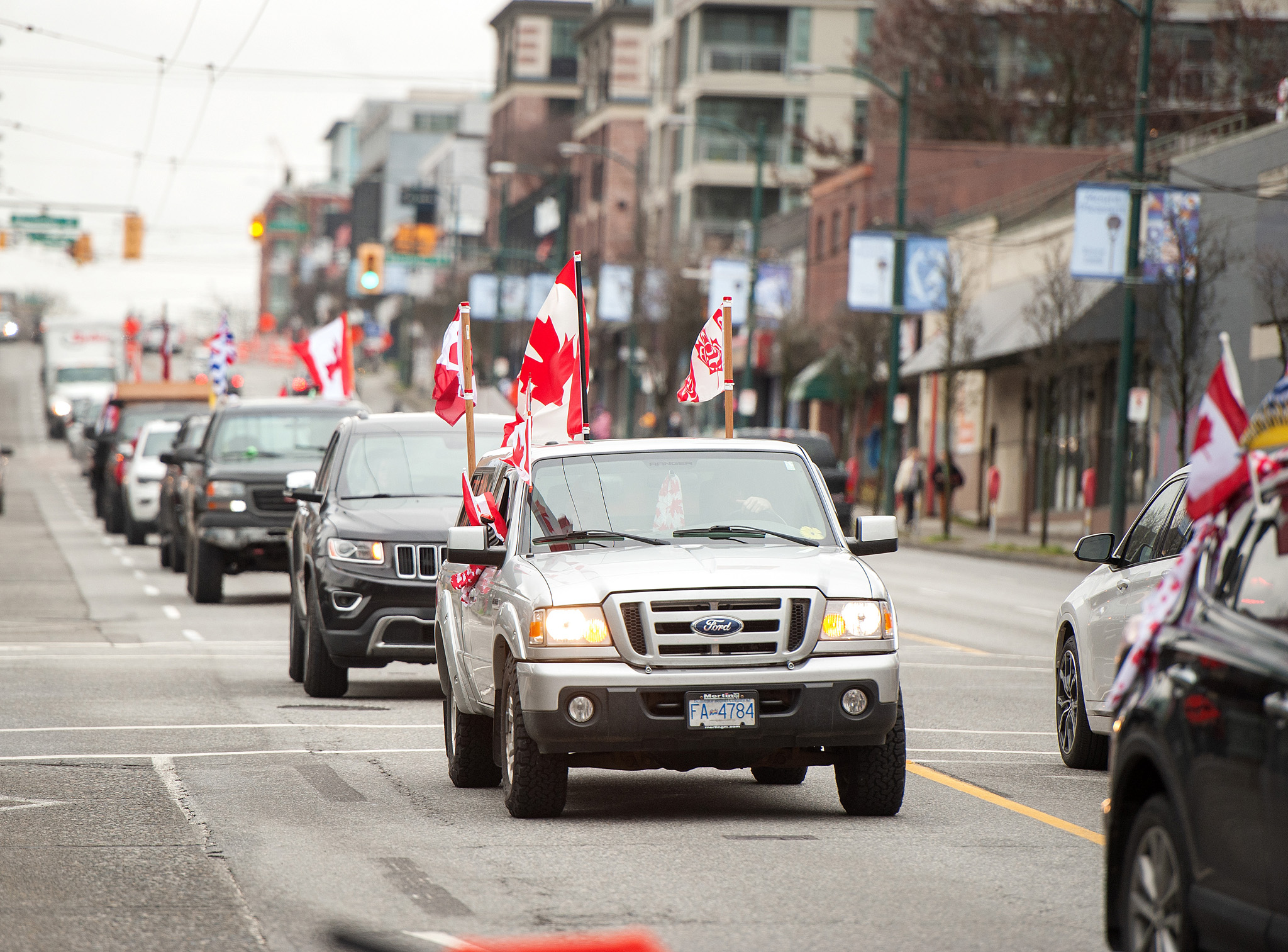 Some trucks were able to back out of Terminal Avenue, but were blocked along the Hastings Street routes into downtown Vancouver, and ended up driving circles through the Mt. Pleasant and Broadway Corridor neighbourhoods and they tried to make their way to Burrard Street. 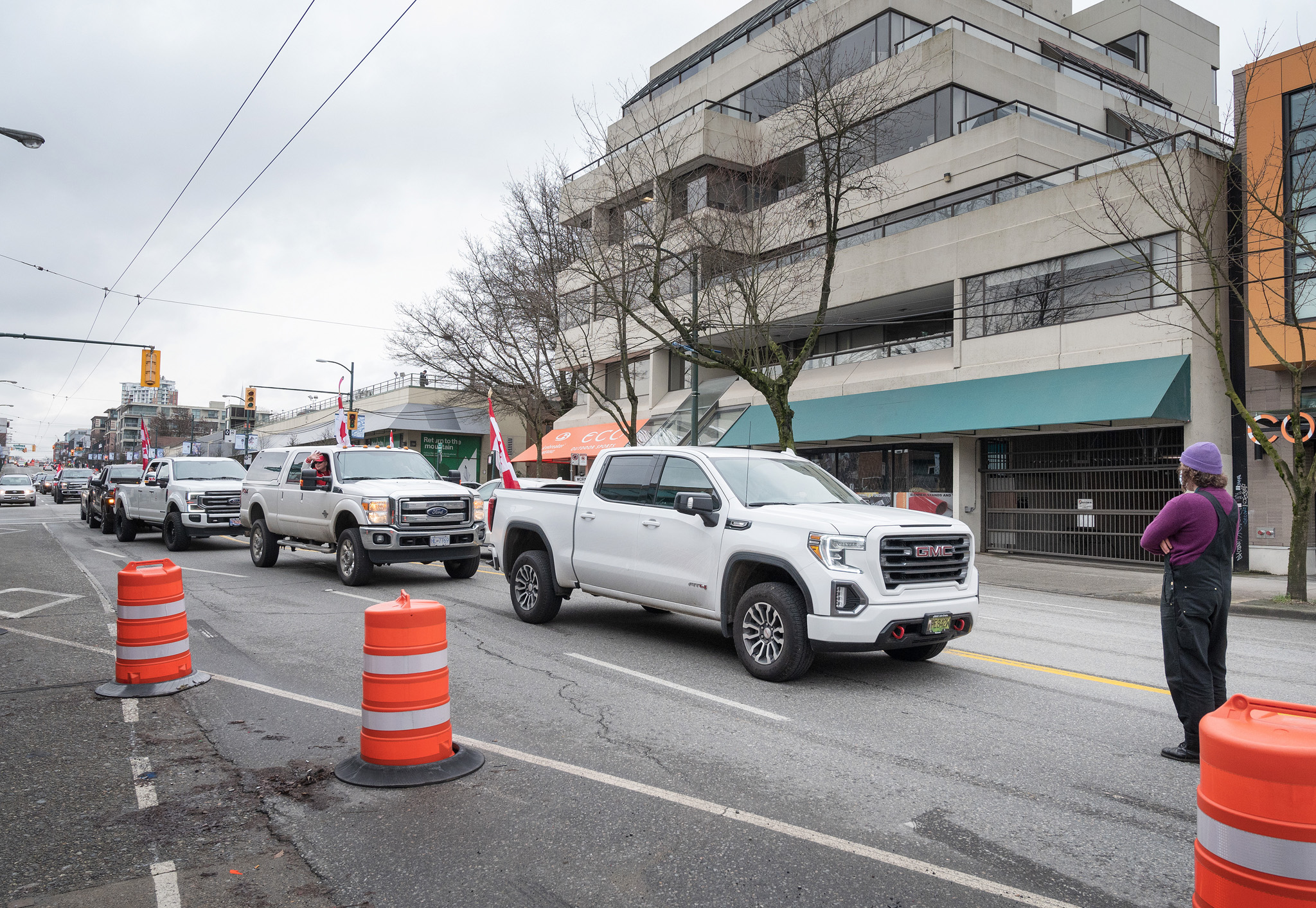 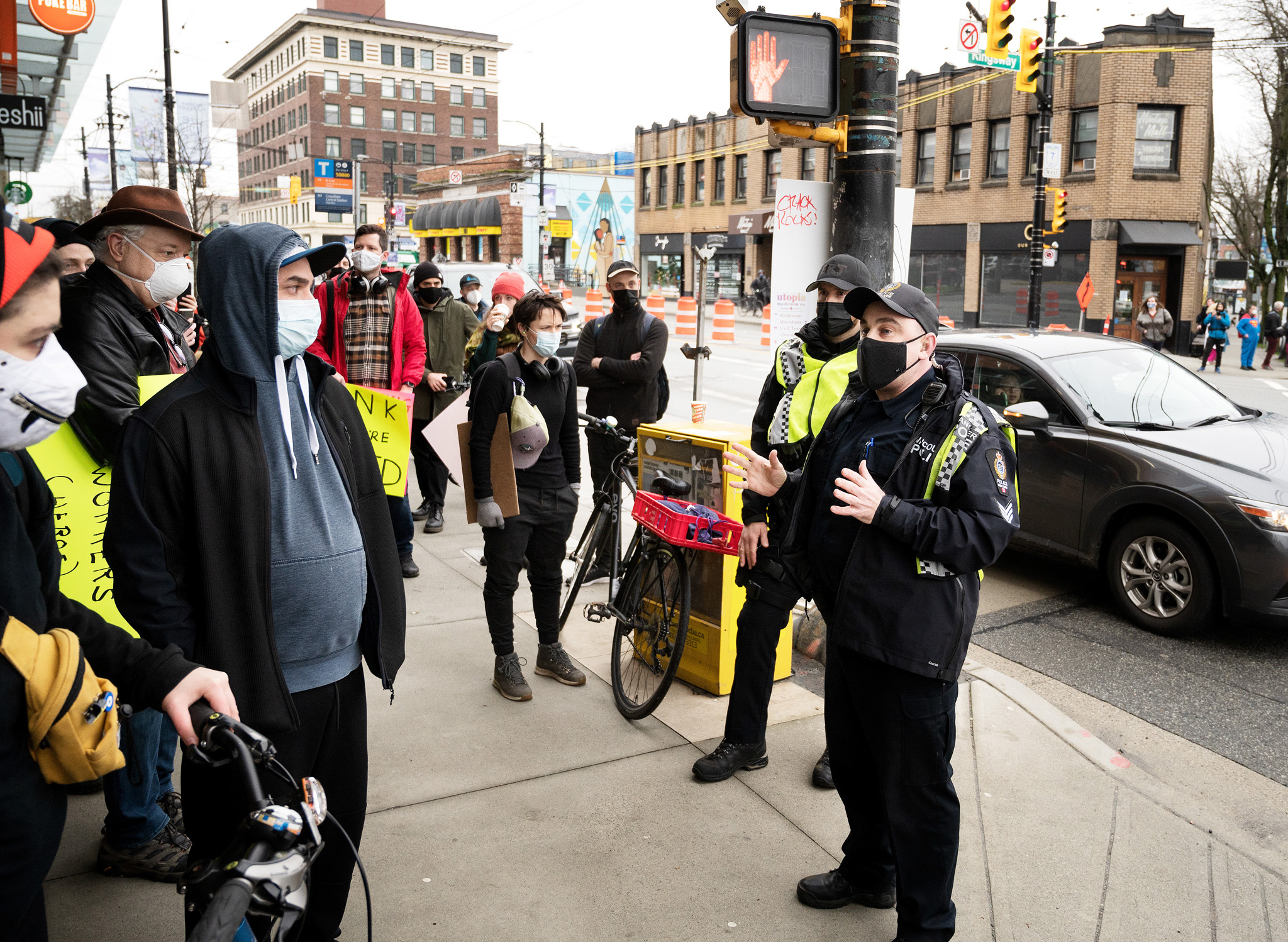 Vancouver police officers did an excellent job of de-escalation between the two groups of protestors.  There was little if any violence, and very few arrests of noon on Saturday.