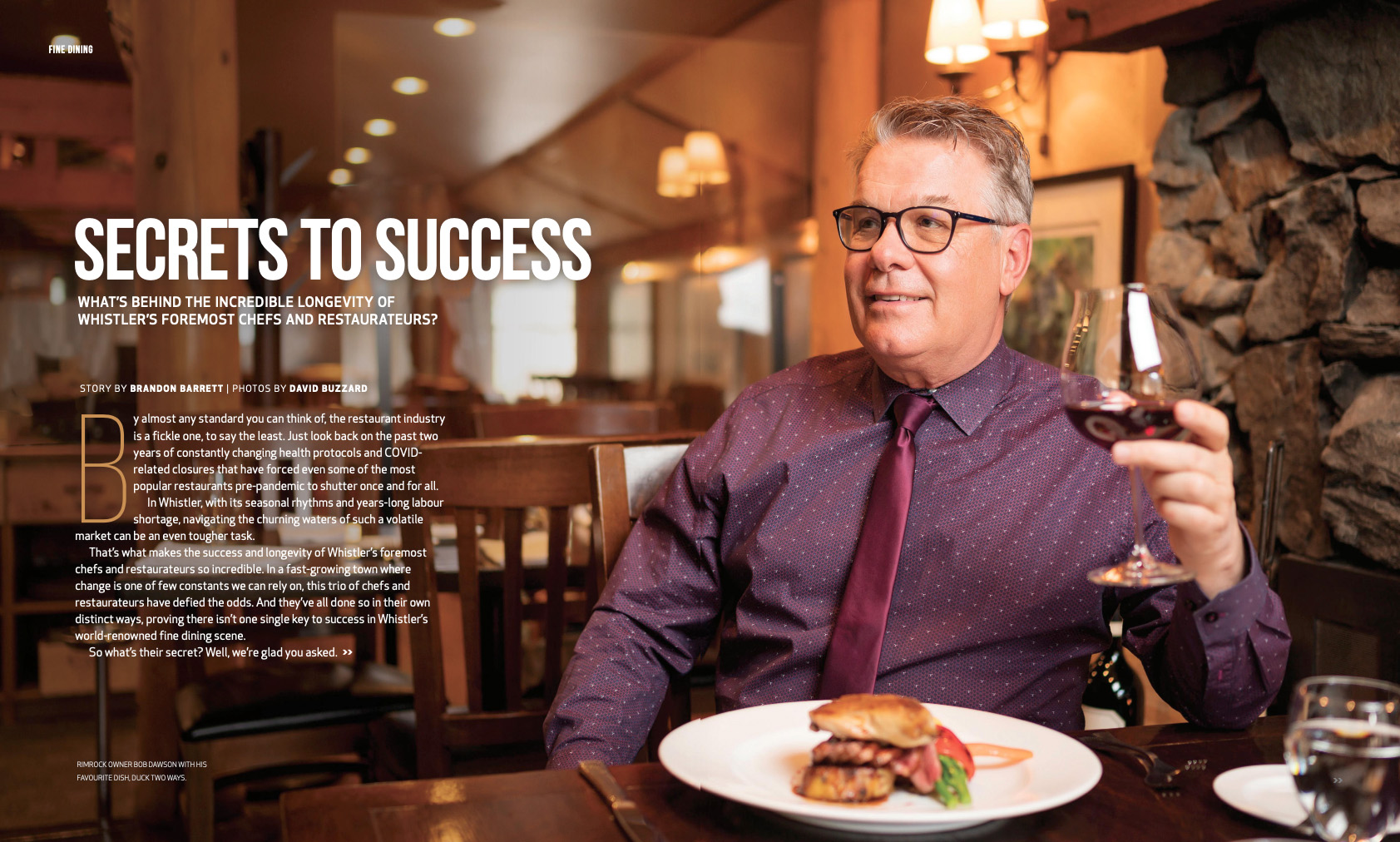 I’ve been doing a lot of magazine photography over the last year and  thought I would share some of my favourite clips.  This is all from the Whistler Magazine and Discover Squamish magazines, where I handle a lot of their photography. 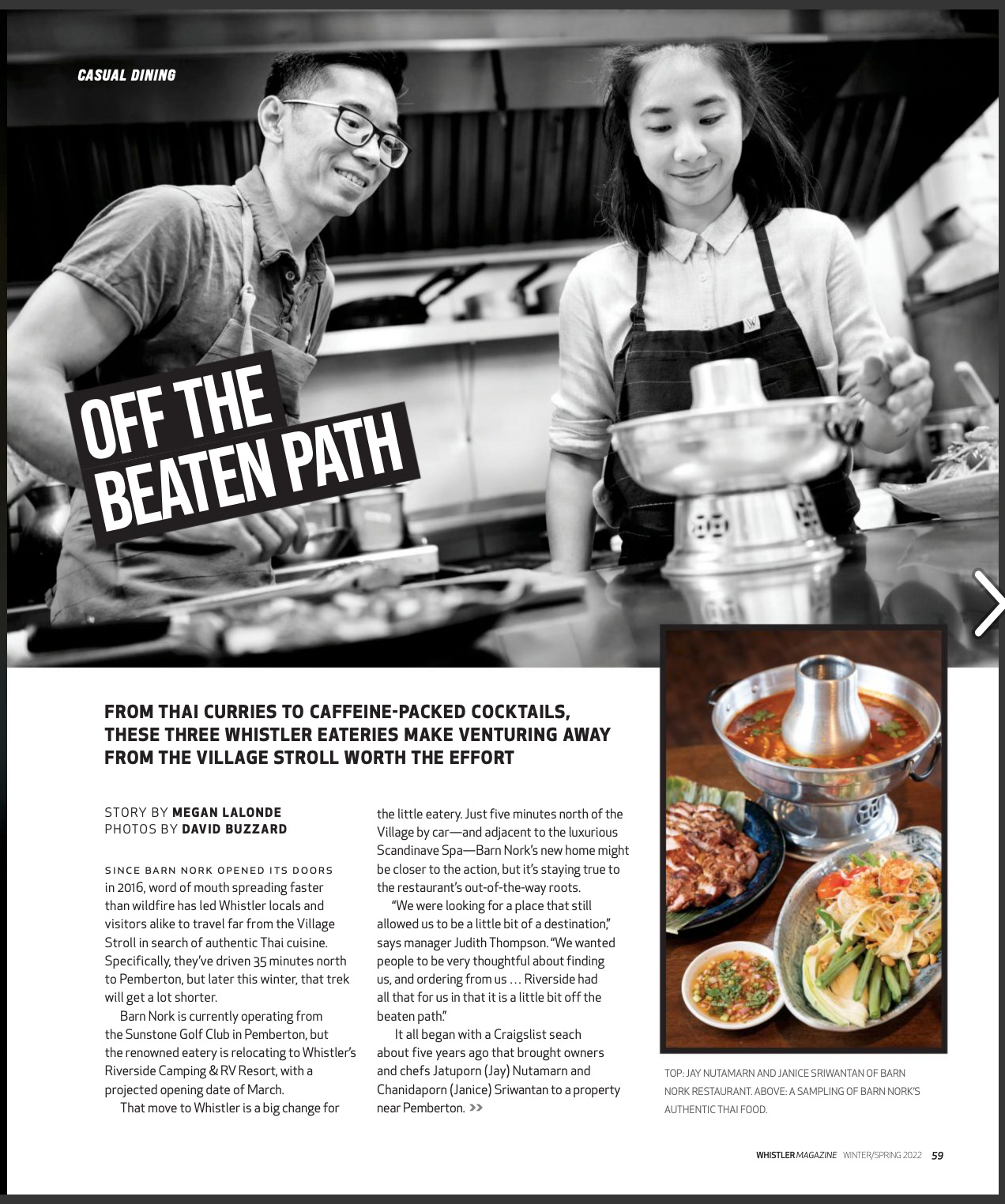 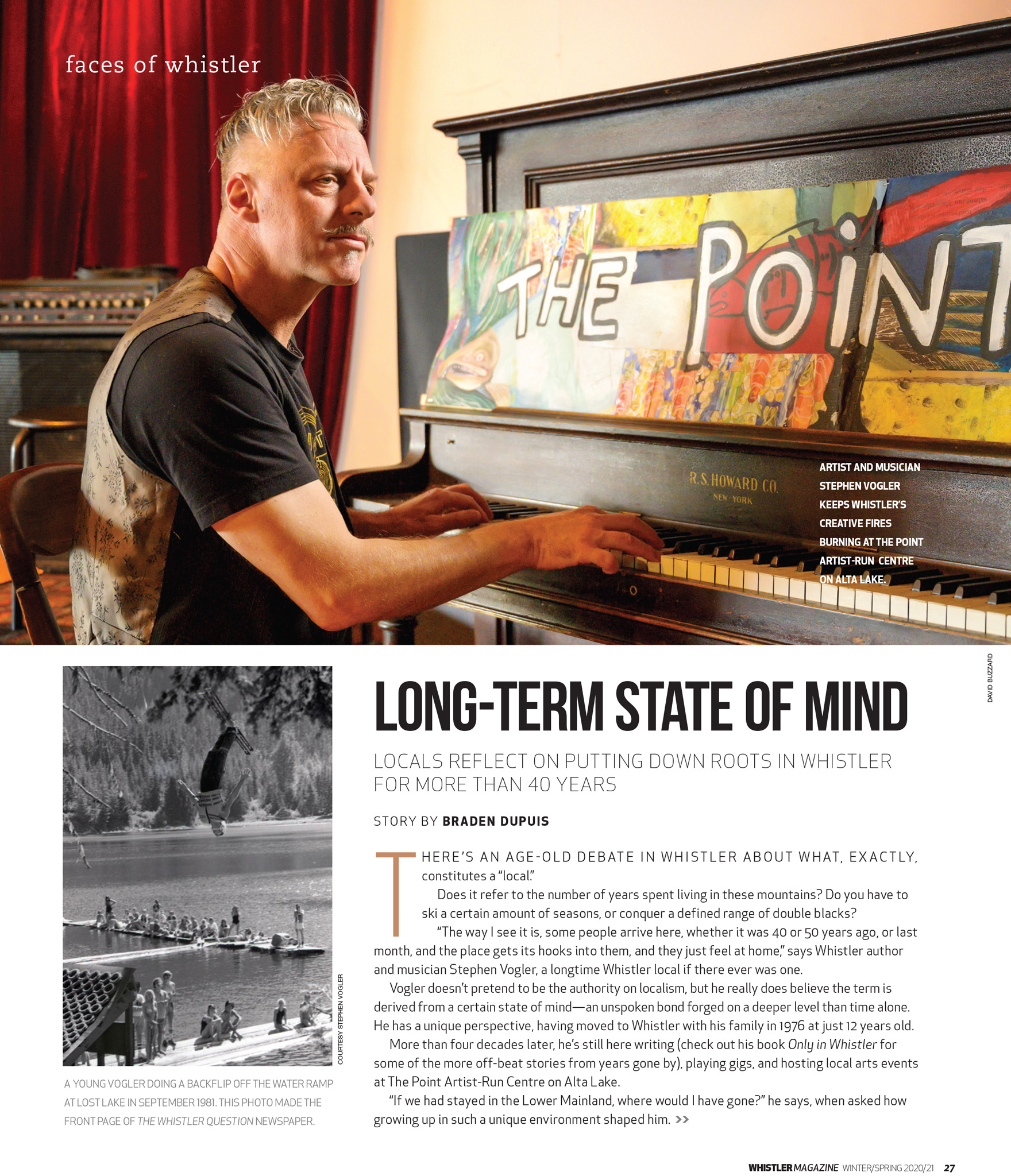 Stephen Vogler at the Point Artist Run Centre along the shores of Alta Lake. 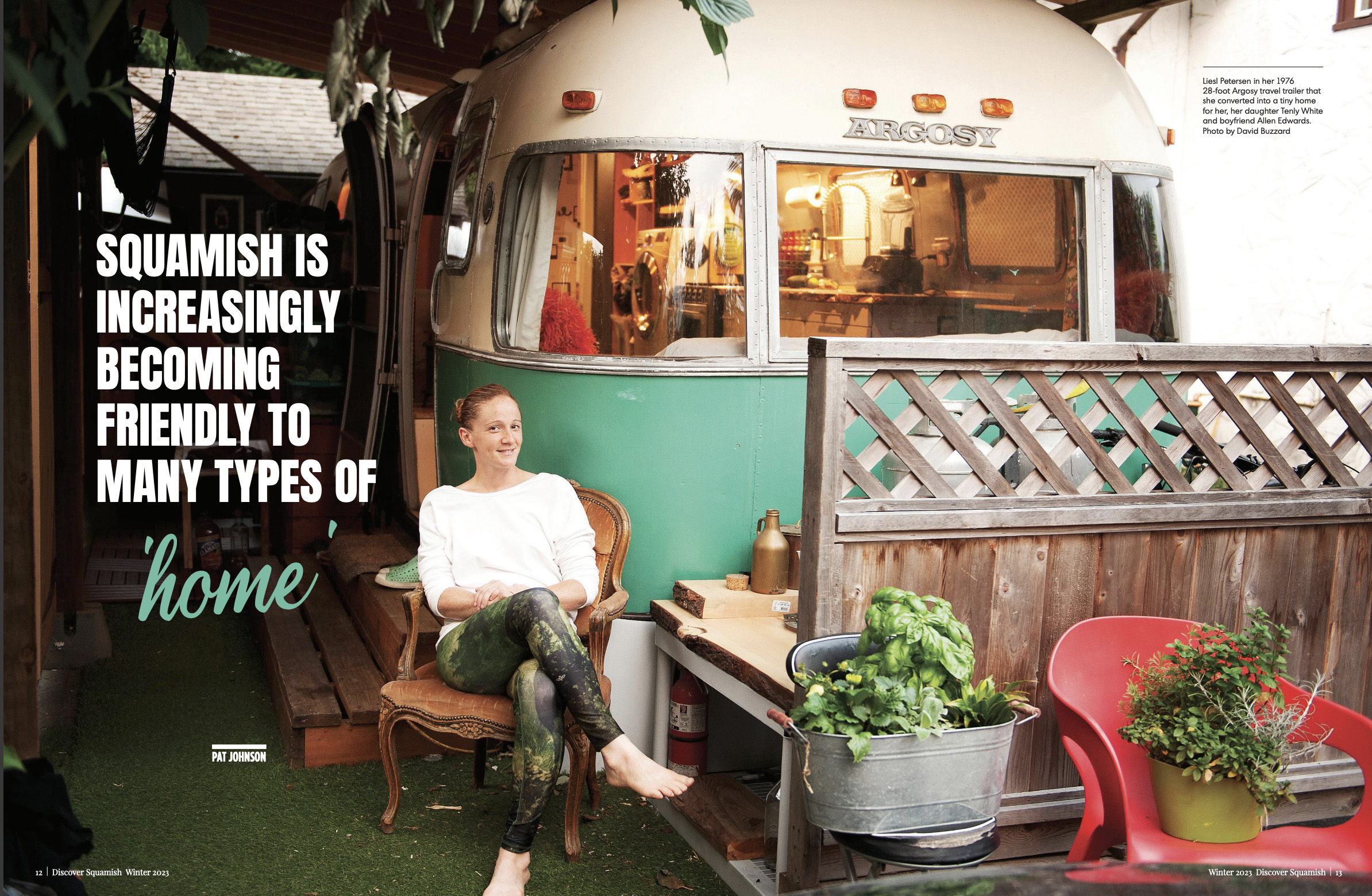 Liesl Petersen in front of her 1976 Argosy trailer. 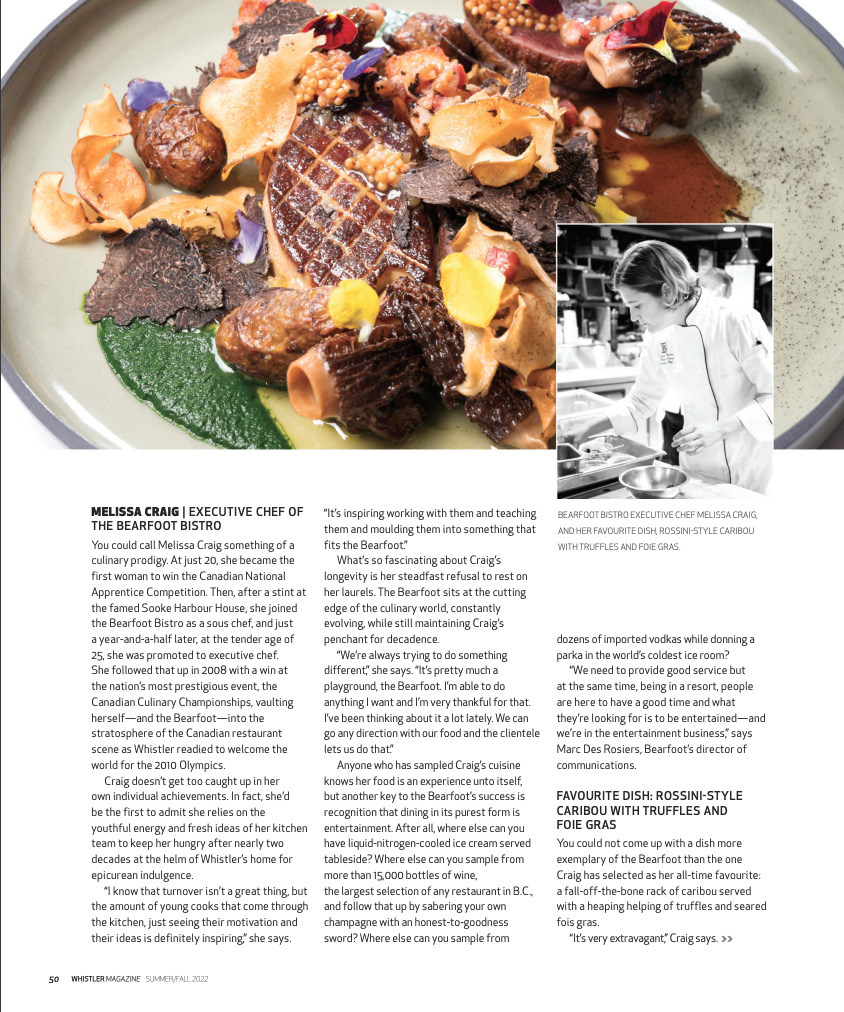 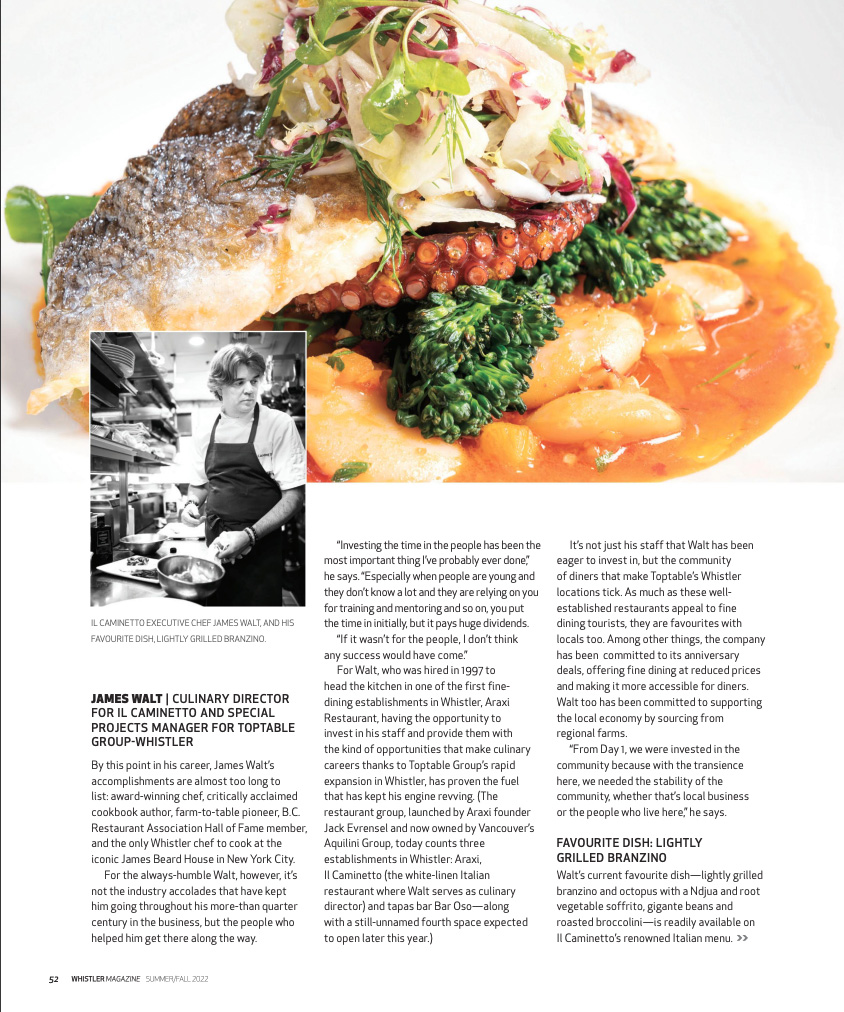 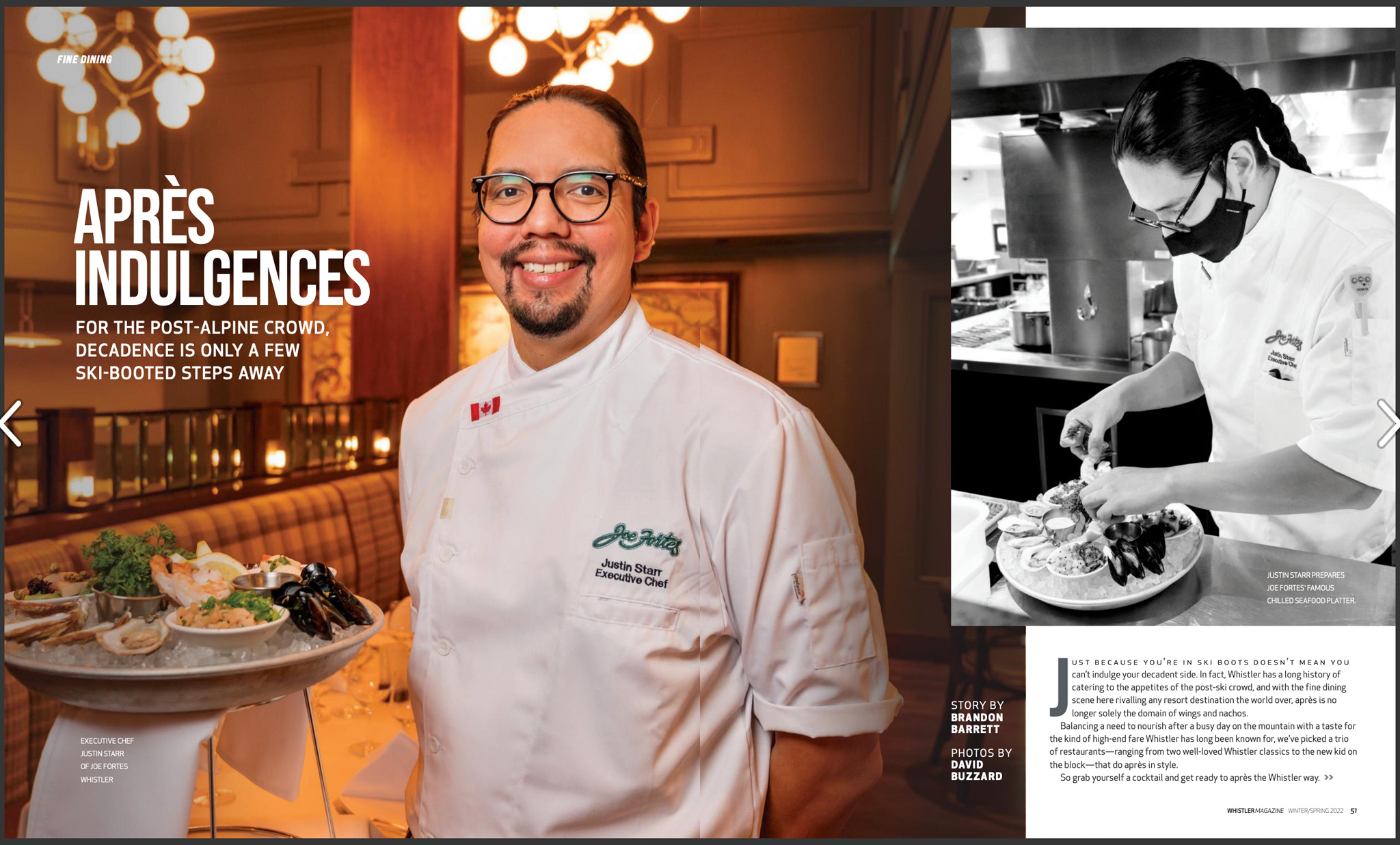 All the colour portraits are lit by strobe. My most used light is the Godox AD200. For years I used a Nikon speed light mounted in a softbox for most of my off camera work, but the AD200 is a stop more powerful and has a bare bulb head, which is great for mounting in diffusers like softboxes. I have an AD600Pro, but the AD200 is way more versatile. I use either a 16×12″ or 32×24″ softbox, depending on how much room I have to work in. To balance the light out with the background, they’re turned down to almost the lowest power setting. You can see the reflection of the softbox in Bob’s wine glass in the first photo. Even the shot of Liesl in front of her trailer is actually lit with strobe, as there were huge shadows all over her face without it. The black and white portraits are just available light.
The shot of Stephen at the piano was lit with a softbox on the left lighting his back and shoulder, and a Godox 860ii with a dome diffuser sitting on the top of the piano to light Stephen’s face. The spill from the 860 was blowing out the piano, so I grabbed a frame where the 860 didn’t fire and composted the piano exposed by the left strobe over the blown out version to tone it down.
2 likes
previous post next post
FacebookInstagram
This website uses cookies to improve your experience. Cookie Policy